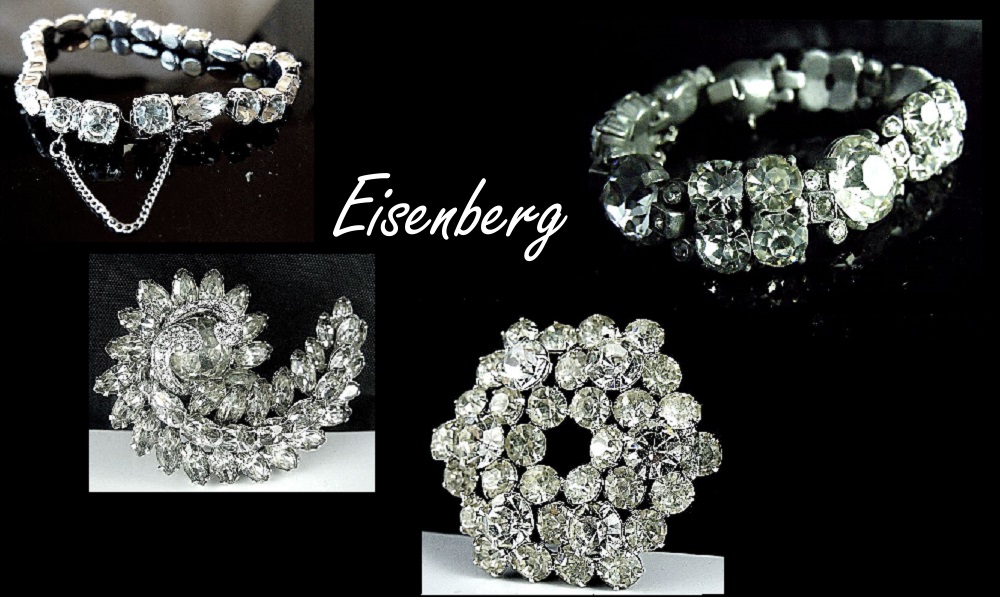 The golden age of Costume Jewelry began in the early 1900’s with Iconic Designers and their Brands. This can also be the starting point for Costume Jewelry Collecting as well. With brands such as Coro, Eisenberg, Hobe, and Trifari there is a multitude of brands to collect. It can be quite an undertaking whether you choose to collect by brand or by designers.

I’m sure your thinking to yourself collecting by company brands is pretty straightforward. Well, yes and no. First of all very few vintage costume jewelry companies signed every piece of jewelry they made. With paper or foil tags often used to mark their jewelry instead. 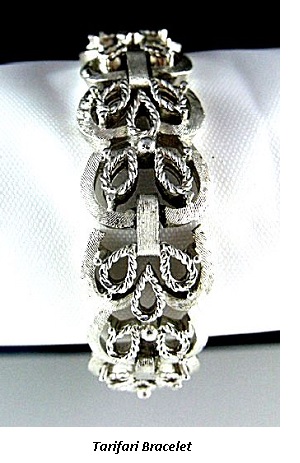 One of the few design companies to sign all their jewelry was Trifari. Early Miriam Haskell designs didn’t have a signature. While Eisenberg signed their jewelry up until a stretch between 1958 and 1970. Where many pieces went unsigned.

Another point to realize is that some Design Houses produced jewelry for other companies. Either selling their designs or producing the other company’s designs.

Delizze & Elster (referred to as Juliana) is a prime example. Formed in 1947, Juliana sold their designs to many other brands through the years. As well as producing their own line of jewelry. While never signing any of their designs.

Other famous labels produced by contract design houses include McClelland Barclay who contracted Rice – Weiner Co, and Christian Dior who licensed Kramer to make their jewelry at one time.

In reality, this was a common occurrence. Practiced by far too many designers to list here.

One of the first things to do no matter which brand or designer you choose to collect is to get familiar with their methods or style. Most if not all vintage costume jewelers had their own process for creating jewelry. The colors and types of rhinestone they used, and the way they mounted their stones. 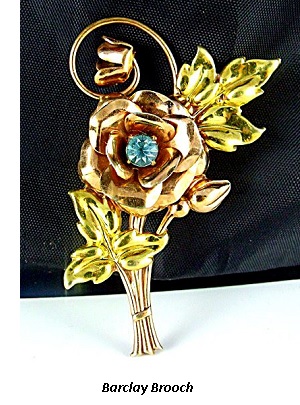 Knowing the little idiosyncrasies of the brand you choose to collect will pay huge dividends in spotting authentic unsigned jewelry as well as avoiding fakes. While knockoff costume jewelry isn’t an enormous problem, certain brands such as Weiss and Eisenberg do have their share.

That said, choosing your brand is a big decision. First and foremost the brand should truly fit your style and speak to you. Yet you still need to think about how extensive your collection will be.

Brands such as Trifari, Coro, or Miriam Haskell were in business for at least three-quarters of a century, with some still producing jewelry. While others such as Barclay, Florenza, or Weiss were only around for two to three decades.

Researching these brands can be extremely absorbing. In an effort to protect their designs some labels patented their jewelry with the USPTO, still, others didn’t make your Costume Jewelry Collecting research a little tougher. Other resources for research are vintage jewelry advertisements, Costume Jewelry books such as Collecting Costume Jewelry 101, 202, and 303 by Julia Carroll, and by using the Open Library to search books with references to your brand

Your decisions will have a large effect on the cost. As some labels are extremely popular. While less known labels are can be cheaper. Also, there can be a vast difference in price from design to design. An Eisenberg Enamel will generally run in the $30 to $50 range yet an Eisenberg Sterling from the 1940’s will bring in excess of $400.

.A designer collection will definitely require the most research. While patents occasionally have the designer’s name attached. Most often the director of designs signs the patent. Such is the case of Adolph Katz of Coro. If you search the patents of Coro you will find Adolph’s name on many of them. Yet as the Director of Designs, Adolph Katz did not actually design any jewelry.

This is just a small look at the designers of Coro. Still, other designers are not listed here. Along with more information on these listed for you to find. 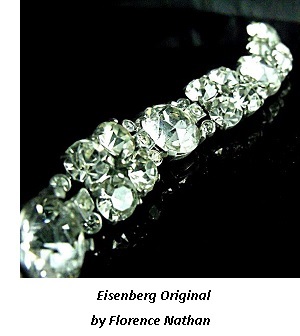 Choosing to collect by designers will give you an endless supply of names to investigate. Most labels got their start working for another jeweler. the founders of Barclay, Alvin & Robert Rice along with Louis Mark started out with Rice and Weiner. Frank Hess of Miriam Haskell moved on to collaborate in Morton Hess then left there to join Kramer. While Albert Weiss first worked for Coro after quitting college. Most believe Weiss left Coro to start his own company, yet the reason he left was due to being overlooked for a promotion. Upset with Coro, Albert found work with another costume jewelry company Marvella Jewelry where he honed his skills further before starting Weiss.

Stories such as these are just the tip of the iceberg  If you enjoy history, and don’t mind the work researching. Then Collecting Costume Jewelry by designers might just be your cup of tea.

As with my earlier post “Things to Consider When Starting a Costume Jewelry Collection” this is only a small sample of the things to learn. While there are some very good online resources to help you with research as well. A very good source for jewelry patents is “Jewelry Patents dot Com“. I hope this helps and gives you an idea of how you would like to collect costume jewelry.