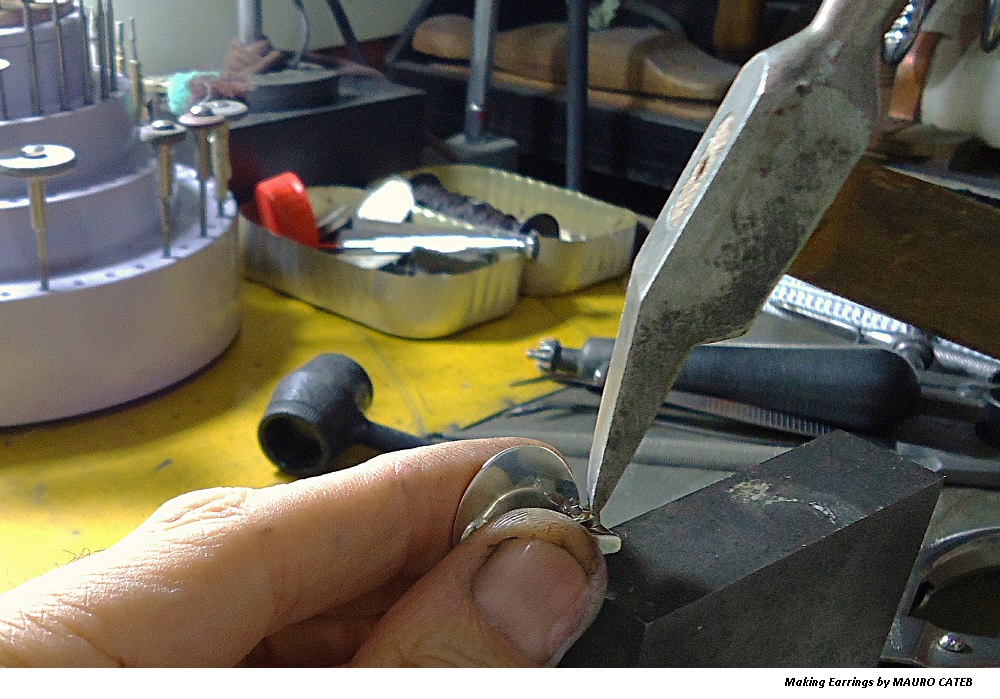 Thought to have its beginnings around 800 AD, Mexican Silversmithing has a rich history. Brought to the region through trade with the South American City States located in today’s Columbia and Ecuador.

While softer metals such as gold and copper were more prevalent in the ancient civilizations. Silver ceremonial jewelry representing the moon became especially relevant throughout Mesoamerica. Such as the Otomi culture which counted lunar months as the period from new moon to new moon. Hence Moctezuma gifts to Cortés of two discs. One of gold representing the sun and the other silver portraying the moon. 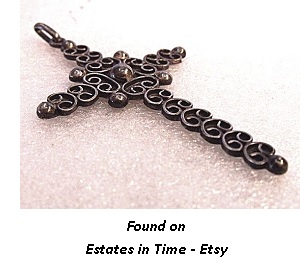 While the great civilizations of Mesoamerica were known to practice advanced metallurgy. Instead of developing metal weapons, craftsmen cast the metals into fine jewelry worn by nobility. Sadly little survived the conquest of Spanish invaders.

For a period after Spain colonized Mexico, the Spanish banned Mexican Silversmithing.as an attempt to protect European Guilds. Even though these bans became short-lived, Spanish Missionaries forbid the production native religious artwork. Encouraging Christian motifs in gothic and renaissance styles such as the pendant to the right. Ultimately this continued until the Mexican War for Independence.

Once Mexico gained its independence, Mexican Silversmithing started to regain its heritage. Although the metalworkers continued to follow European trends, Mexican national symbols began to appear. Slowly moving away from the Missionary religious style of the colonial era, back to aspects of their indigenous beginnings.

During the struggle for independence, many Spanish Silver Barons deliberately destroyed their mines. Rather than to let them fall into the hands of the rebels. While centuries of exploitation by Spain had taken their toll on others. These actions along with inferior mining technologies of the day, silver mines soon played out during the 19th century. Causing many of the silver producing towns to fade as did Mexican Silversmithing.

The Rebirth of Mexican Silversmithing During the 20th Century 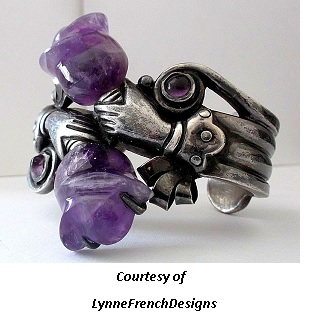 One of the best known Colonial Silver towns today is Taxco. Quiet for generations after its mine was destroyed and the country gained independence. Then in the early 1920’s the main highway from Mexico City to Taxco opened and visitors began to return.

It was 1926 when a young Architecture Professor, William Spratling first visited Mexico. Fascinated by the culture and architecture of the country, Spratling revisited Mexico each summer between 1926 and 1929. Finally moved from the United States, settling in Taxco.

While designing an expansion to the US ambassador Dewight Marrow’s home, Spratling learned the history of Taxco. How the town was once a thriving Silver town, yet never known for the production of silver goods.

Inspired by his conversations with Marrow, and pre-Columbian artworks, William started to draw jewelry designs for silver. Then in the early 1930’s he hired two well-known goldsmiths, Artemio Navarrete and Alfonso Mondragón, to craft his designs. Opening his shop “Las Delicias” (The Delights), while also creating an apprenticeship system to train young silversmiths.

As the young apprentice grew into Silversmiths they would become the teachers for the next generation. Over time Spratling’s first disciples began to leave Las Delicias, opening their own workshops with the promise not to copy the designs created by William Spratling. As a result, this brought an explosion of creativity to the Mexican Silversmithing town of Taxco. 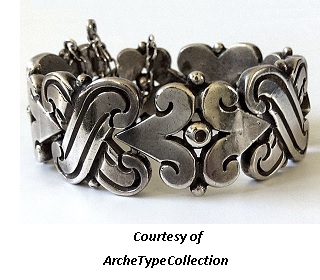 One if the first to graduate from Spratling’s apprenticeship was a young Mexican by the name of Hector Aguilar. Inspired by Aztec and Mextex art, Hector preferred to work with silver which was nearly pure (rated at 980 rather than the customary 925 of Sterling Silver).

Starting his own shop in 1939, “Taller Borda” (Borda Workshop). Over the next few years, Hector Aguilar’s Silversmithing talents became quite popular.

Gifted with a keen business sense as well as his artistic ability, Hector secured a contract with the American costume jewelry company “Coro” in 1943. Supplying Coro with unique Mexican designs until 1950.

During the 1960’s tensions between Aguilar and his workers led to the formation of a union. Then under the threat of strike Hector transferred his assets to other people and claimed bankruptcy. Closing the doors to Taller Borda on Christmas Eve and retiring. 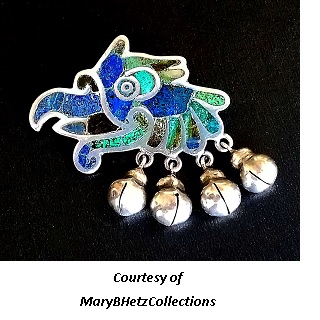 Another group of Spratling’s disciples was the Castillo brothers. Originally the brothers came to Spratling to learn English. Then at the age of sixteen Antonio Castillo entered his apprenticeship in 1933. Soon followed by his brothers Jorge, and Miguel

Over the next six years, the brothers honed their skills until starting  “Los Castillo” (The Castle) in 1939 along with a cousin Salvador Terán.

While embarking on their new venture the Castillo brothers kept their promise to Spratling of not copying his designs by developing and rediscovering ancient metalworking methods. With Jorge and Salvador becoming the driving force behind these creations.

Over the years the brothers became known for their use of married metals (the use of multiple metals joined into a single design) and stone inlay as in the eagle brooch above. A piece steeped in native culture while displaying colonial aspects with the use of dangling bells. 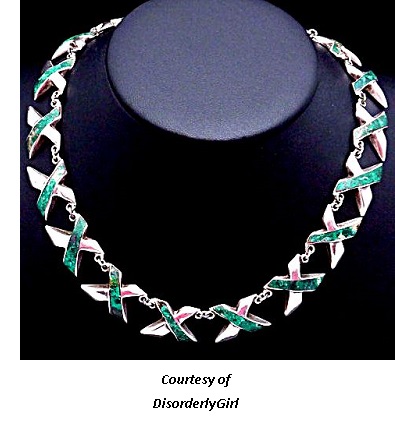 Enrique Ledesma was already a graduate of the San Carlos Academy of Art before joining Spratling at Las Delicias during the 1940’s. A second generation silversmith Ledesma had also spent some time as an apprentice in his father’s shop before deciding to move to Taxco.

During the years Enrique lived in Taxco. Before opening his own shop, Ledesma also spent time working in the shops of Hector Aguilar and Los Castillo as well.

Becoming known for his ability to merge native Mexican stones into silver seamlessly. A method he created by mounting the stones into silver, then polishing the marriage of stone and metal together to produce a finished product.

Around 1950 Enrique Ledesma resolved to go out on his own, opening his own workshop Plateria Ledesma (Silversmith Ledesma). For the next twenty-six years producing modernist jewelry with innovating style until his death in 1979. 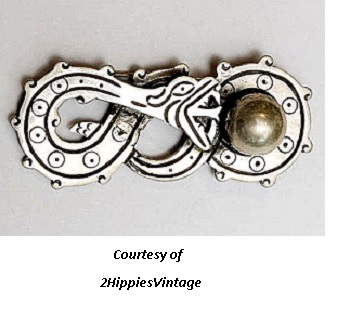 Another of Spratling’s pupils was Rafael Melendez, who started training in 1932. As with other artist represented here, Melendez preferred to work with heavy gauge 980 silver. Drawing his inspirations from pre-Columbian culture or from the daily life of Taxco.

After completing his training under the tutelage of Spratling, Rafael worked at the shop of Hector Aguilar for a short period in the late 1930’s. Opening his own workshop in 1939,  Plateria Melendez (Silversmith Melendez).

Much of Rafael’s work being of a purist nature, seldom including stone, preferring to mount cylindrical balls of silver instead. With stamped decoration and pierced designs.

Through the years many of the later day silversmiths trained under Melendez until his passing in 1980. 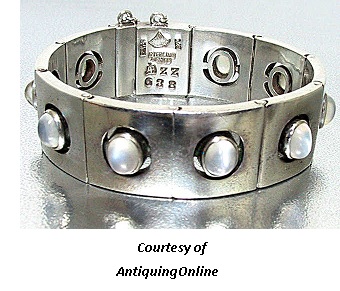 During an interview with “Modern Silver,” Antonio Pineda stated that he was William Spratling’s first apprentice in 1933. Working in both Spratling’s shop and Valentin Vidauretta’s Mexico City shop, Pineda did not develop his own style until the 1950’s. Ultimately Pineda would develop a modernist style unlike any of the disciples listed above.

initially, Pineda’s original designs would resemble the floral concepts of Vidauretta as he searched for his own identity. Followed by a few examples of pre-Columbian native antiquities. Yet as an artist, Pineda felt that these styles were not his calling so he broke with traditions altogether. Settling on an abstract appearance which favored straight lines over curves with smooth silver accented by his use of semi-precious stones. 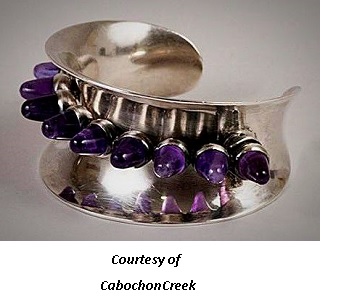 Beyond Antonio Pineda’s modern artworks, Pineda was instrumental in organizing the first of what would become the famed International Silver Festival of Taxco which started in 1953.

Passing away in 2009 at the age of 90 Antonio Pineda was the last of the great silversmiths of the era. 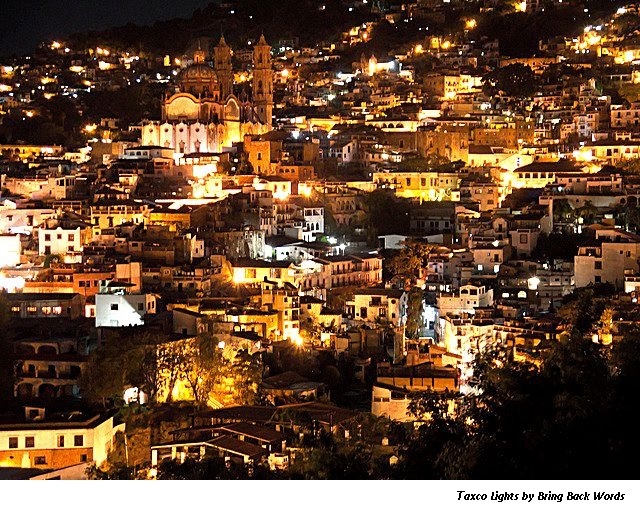 Today imported and low quality silver is easily found in Taxco. Cheaply priced imitations, readily marketed for the tourist trade. Yet a small handful of Taxco silversmiths still carry on the traditions handed down for generations. With shops such as Plateria Los Castillo.operated today by third generation silversmiths. With inspirations of William Spratling throughout the town. The great masters have slipped away, yet their legacy carries on.

2 thoughts on “Mexican Silversmithing, From Mesoamerica into the 21st Century”