Worn by Kings and the Clergy throughout history, Amethyst was once more value than a diamond. Representing the privilege of royalty since the stone age. The earliest use of this gem dates back to ancient Greece. Where the violet-purple crystal received its name derived from the Greek word  “amethystos” or not drunken. 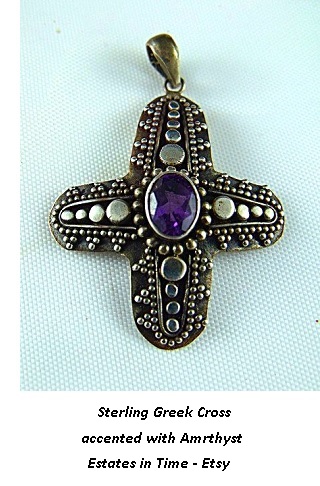 One legend credits the Greek god Dionysus as the creator of Amethyst. Stating that a mortal insulted the God of Wine. As a result, Dionysus became furious, vowing to avenge the insult by killing the next person to cross his path.

In his anger, Dionysus unleashed furious tigers upon a beautiful young maiden. On her way to pay homage to Artemis, a goddess of childbirth and virginity. Yet in the very instant the tigers leaped. Artemis protected the young maiden by turning her into a statue of pure white quartz.

In remorse for his actions while in a state of drunken anger. Dionysus then poured his cup of grape wine over the pure white quartz statue. Giving the quartz statue its beautiful violet-purple color as well as bestowing Amethyst with a power to prevent the effects of alcohol.

Different versions of this story have been credited to the Greek as well as the Romans, while others claim the story was the invention of Remy Belleau a French poet from the 1500’s.

Amethyst in the Accent World

Found throughout the Old World, almost every culture placed great value in Amethyst. With the dark purple stone quite possibly being the worlds first precious gem.

Although people do not generally think of the royal stone as a prominent gem in ancient Egypt. With the blue colors of lapis and turquoise prevalent in Egyptian artifacts. There are examples of the royal stone in Egypt dating as far back to 3000 BC. Ancient Egyptians wearing amethyst to protect against guilty and fearful feelings, as well as a protection against witchcraft.

Found in many Egyptian tombs. Some of the most relevant include:

Also used In ancient China, amethyst became a powerful tool in the art of Feng Shui. Used by masters of the art.to clear negative energy and drive away the hazards of life.

Amethyst the Stone of Royalty

The most expensive and difficult colors to make in ancient times was purple. Taking thousands of Murex Sea Snails to produce enough dye to color a cloth the size of a handkerchief.

Hence the colors used to signify Royalty. In Mark 15:17 and 20 the Bible describes the Roman garrison mocking Jesus Christ by dressing him in purple, due to his claim of being King of the Jews.

This leads the Clergy of Christianity to associate amethyst with Christ, The Bishop’s Ring being an example of the Church’s use of the Royal Stone. One legend says that Saint Valentine wore a signet ring set with amethyst that had the image of Cupid carved into the gem.

Also, the regalia of Royal Jewels for many kingdoms throughout the Old World includes these royal gems. One of the oldest surviving crowns with amethyst jewels is the “Iron Crown of Lombardy” from Italy. With a legend, the crown contains a band of iron from the crucifixion nails of Christ. Set with twenty-two gemstones the crown dates to the early Middle Ages. The golden crown is decorated with seven red garnets, seven blue sapphires, four violet amethysts, and four gems made of glass.

While the regalia of other kingdoms such as France, Georgia, and Norway bear amethyst jewels none are more extravagant than those of Britain.

Amethyst of the English Crown Jewels 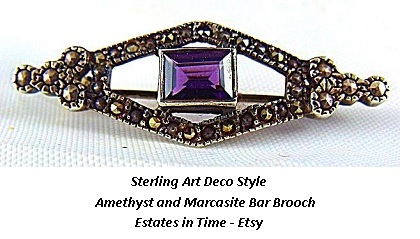 Protector of Christianity and the English Church, amethyst plays a significant role in several English Crown Jewels The centerpiece being St. Edwards Crown.

The original crown being destroyed by. Oliver Cromwell after the English Civil War during the mid-1600’s,

Once the British monarchy was restored in 1660 a replica was fashioned for the coronation of Charles II. Set with 444 jewels including 345 rose-cut aquamarines, 37 white topazes, 27 tourmalines, 12 rubies, 7 amethysts, 6 sapphires, 2 zircons, 1 garnet, 1 spinel and 1 carbuncle.

Other regalia in the British Crown Jewels adorn with the purple jewel include:

Also known as the “Blasted Amethyst”, legend has it that the jewel was looted from the Temple of Indra in Kanpur during the Rebellion of 1857. Brought to England by cavalryman Colonel W. Ferris. Soon after retuning to England Ferris lost his life’s savings and passed away.

As troubles began to besiege the son who had inherited the jewel, Colonel’s son gave the looted Jewel to a friend who had admired the gem. Shortly after receiving the jewel this friend committed suicide, willing it back to the previous owner.

By 1890 the Blasted Amethyst fell into the possession of Edward Heron-Allen, a 19th-century author, and musician. Smitten by the voice of a Lady friend Edward gave her the jewel, unaware of its past. Sadly the Lady soon fell ill and lost her voice never to sing again.

Later after learning the gems history, Edward retained the Jewel vowing to get rid of the Blasted Amethyst for good. Where he promptly tossed the jewel into the Regent’s Canal. Alas, three months later the stone was returned to him after dredgers reclaimed the stone from the canal’s depths.

Determined to be rid of the stolen jewel, yet at a loss of how, Edward finally decided to lock the jewel away in a bank vault. encasing the Cursed Jewel within seven locked boxes. Instructing the bank to donate the Jewel to the Natural History Museum of London three years after his death and to never let his daughter touch the Blasted Amethyst.

The Relevance of Amethyst Today 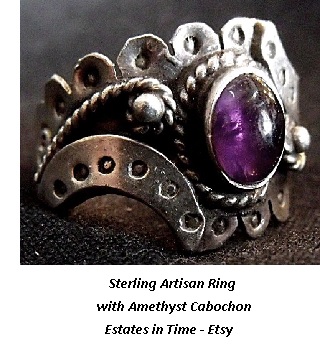 Throughout history, the value of Amethyst rivaled that of a diamond. Until the discovery of vast deposits during the 18th century.in South America. Since then the once precious stone has lost much of its value.

Today amethyst is the birthstone of February.or given to celebrate the 33rd wedding anniversary.

While metaphysician’s claim the crystal to be one of the most effective healing stones. As it counteracts negative earth energies. Sometimes referred to as “nature’s tranquilizer,” practitioners believe the crystal relieves obsessive-compulsive disorder as well as insomnia while stimulating pleasant dreams.

With all its history and legends Amethyst remains a beautiful gem which accents gold and silver with an air of royalty few other jewels can match. 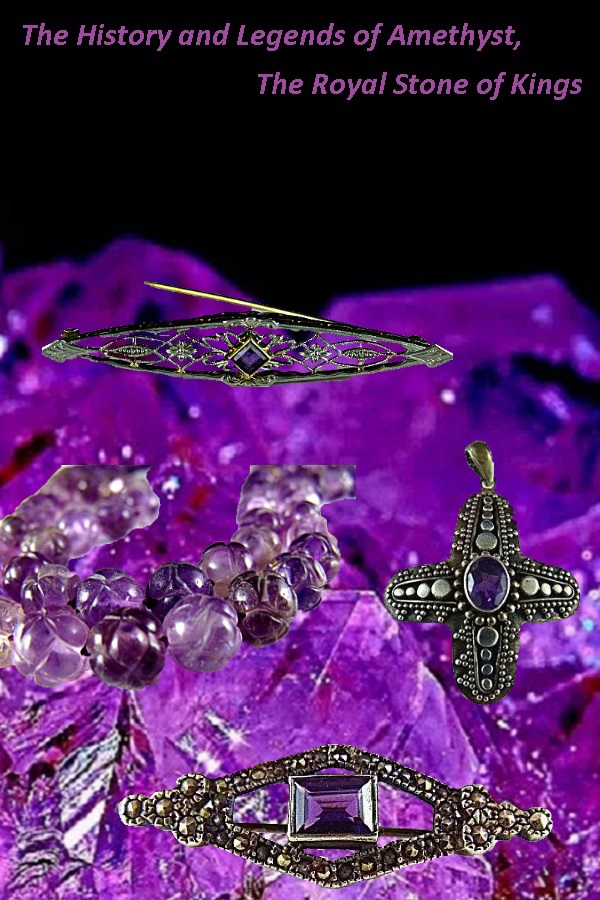