While the first known records of Emerald mining are from the third century BC in Egypt. There is, however, some evidence of Emeralds dating as far back as 3500 BC. With many fascinating myths and mysterious stories about the gem. Indian folklore tells of a battle between the Spirits of the Air and the Sea over Emeralds. While cultures around the globe have embraced the lush green jewel.

With tales of Cleopatra, to stories of treasures lost at sea. The Emerald has a rich history throughout Asia, Africa, Europe, as well as the New World. Where a fable of creation has been told by the South American tribe of Muzo. Speaking of Emeralds being the tears of Fura. Believed to be the source of an emerald’s power to keep a lovers heart true.

While fortunes in emeralds, plundered during the conquest of the Incas, sank in Spanish galleons, lost to the Caribbean Sea. Today Treasure Hunters scour age-old records as well as the ocean floor in search of these shipwrecks. The latest find being the “San Jose” off the coast of Columbia. Discovered in 2015 and estimated to have a value of more than ten billion dollars.

The Ancient World of Emeralds

Some legends say the Emerald is one of the four stones given to King Solomon by God. A gift which empowered Solomon’s control of all living creations.

While the oldest known document in the world dating to around 2000 BC, the “Papyrus Prisse” mentions the Emerald in its writings on crumbling papyrus. “But good words are more difficult to find than the emerald. For it is by slaves that it is discovered among the rocks.”

Ancient Egyptians viewed the gem as a symbol of rebirth and fertility. Often found as necklaces placed around the necks of Mummies. Possibly placed there as amulets to protect the deceased in the afterlife.

As a favorite jewel of Cleopatra, carved Emeralds became the preferred gift she bestowed upon visiting dignitaries. Although it is uncertain if Cleopatra introduced Emeralds to the Romans. Most assuredly the Roman gems came from Egypt.

Another belief Rome adopted from the Egyptian’s is the view that Emeralds soothed the eyes. Restoring vision when gazing upon the deep green jewel. Ancient records claim Nero watched gladiator battles through an emerald because of the calming color.

While the Roman philosopher Pliny the Elder wrote in his book “Natural History” describing the Emerald.  “No colour is more delightful in appearance. For although we enjoy looking at plants and leaves, we regard Emeralds with all the more pleasure. Because compared with them there is nothing that is more intensely green”. Also stating, “And after straining our eyes by looking at another object. We can restore our vision to normal by gazing at an Emerald”.

The Emeralds Along the Silk Road 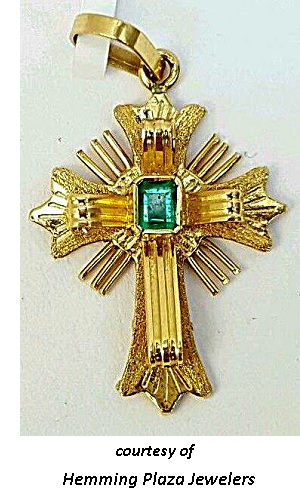 As trade began between the two greatest civilizations of the era, Rome, and China along the Silk Road. Most assuredly emeralds soon became a commodity in the trade for spices and silk. As the emerald is one of the nine sacred gemstones in both the Hindu and Tibetan Buddhist religions.

Known as the Hindu gemstone of Mercury. Vedic beliefs consider the Emerald to be a strong talisman for intellect, creativity, and self-confidence. While oriental fables speak of legendary cities with untold riches, their walls and temples encrusted with emeralds and gold.

The Temple of the Emerald Buddha is the premier Buddhist temple In Bangkok Thailand. Although actually carved from Jade, the reference to emerald pays tribute to the green jewel.

In ancient Babylonia, the Chaldeans who ruled between 626 – 539 BC believed the Goddess Tiämat lived inside the emerald. Said to warn her subjects of dangerous perils by changing color, or by the gem leaping from its setting.

Mined by in ancient Mesoamerica. Native Americans adorn both pieces of jewelry as well as religious artifacts with the precious jewels. While also becoming a favorite trade commodity. Being found as far north of present-day Columbia as the Aztec Empire in Mexico. 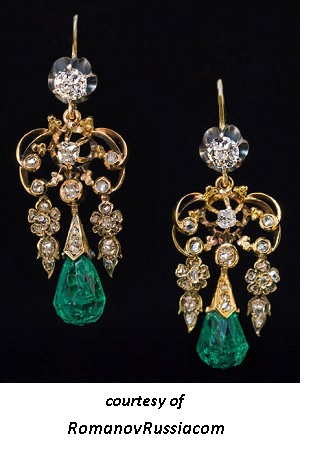 During the Pre-Columbian era, these precious jewels were exclusively mined in present-day Columbia, in the eastern Andes by the Muzo people. A furious war-like tribe of Mesoamerica.

Pre-Columbian natives held Emeralds as a sacred stone, valued far greater than gold in their society. As the inhabitants of ancient Mesoamerica mastered the art of stone carving. Five such carvings brought back to Europe during the conquest of Cortez were cut into objects of nature such as fish and flowers.

The oldest ceremonial emerald carving which survives today is the Emerald Man. Which has been traced back to mines of Muzo and is dated to be from around 500 BC. Thought to have been carved by the Olmec civilization.

While the Inca legend speaks of an ostrich egg size emerald the people used to represent their goddess Umina. Displayed only during festivals by the high priest, the Inca worshiped the goddess by offering small gems they believed to be her daughters.

Emeralds of the Crown Jewels

With the discovery of the new world and the conquest of Cortez Emeralds became the envy of Royals across Europe into the Ottoman Empire and beyond. While the precious jewel had always been a prized possession, never before had there been a source of such magnificent stones. 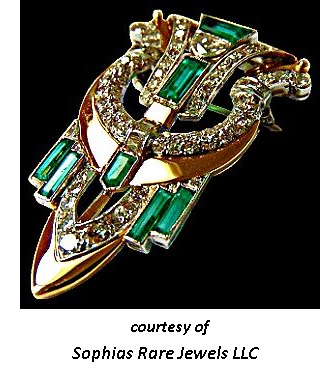 Renowned for their collection of fine jewels the Sultans’s of the Ottoman Empire amassed a treasure trove of emeralds. Including the Topkapi Emerald Dagger A jewel-studded dagger which includes 3 golf ball size emeralds mounted on one side of the handle. While a fourth octagonal-shaped emerald is set into a hinged lid to cover a small watch.

Originally the Dagger was commisioned to be a gift to the Shah of Persia in 1774. Yet as Sultan Mahmud’s delegates crossed into Iranian territories they learned of the Shah’s assassination.

Upon learning of the rebellion the dagger was returned to Mahmud. Eventually to become one of the most celebrated treasures of the Ottoman Empire.

The emerald’s age-old reputation as a magical stone which could foretell pending danger. As well as its powers in matters of the heart, the jewel became increasingly favorable amongst royalty.

Emeralds became a favorite gift of Ottoman Sultans to their wives. While Kings of Europe sought inspiration in the rule of their reign. After the influx of emeralds in the 16th century from the New World, almost every kingdom began using the green gem to embellish their Crown Jewels. From an Iranian aigrette to the Specter of Britain’s King Charles II.

The Love Affair with Emeralds Today

Still today the emerald remains one of the most valuable gems in the world. Where a gem, according to color and clarity can be valued higher per carat than a diamond. Although few emeralds met the clarity needed for this to be true.

Known for being the birthstone of May, the emerald is also one of the most popular alternative engagement gems. Keeping with the tradition of jewels ability to hold the heart true and its Mohs hardness of 7.5 to 8, an emerald is forever too. While also being recognized the traditional 55th wedding anniversary gift.

The appeal of a deep green emerald is still a powerful today as it has been since they graced the palaces of Egypt in the age of Cleopatra.

5 thoughts on “Mysteries and legends of May’s Birthstone Emeralds”