Once thought to have come from fire, having a glow like no other gem. In fact, there have been fables that say it is impossible to hide the Mysterious Ruby. Stating that Ruby would always revile itself by shining through any cloth cover.

One such legend dates back to the 16th century, claiming a merchant had misplaced one of his Rubies. As he frantically searched his shop for the missing jewel he noticed an unusual glow coming from a darkened room. Where he found his gem under a tablecloth where he had been working earlier.

Other fables of the Ruby lay claim that the jewel has the power to boil water. Stating that by simply casting the stone into liquid, soon the fluid would boil. Outlandish legends such as these have followed the Ruby since its first discovery with tales of mystery and power.

Ancient Worlds of the Mysterious Ruby 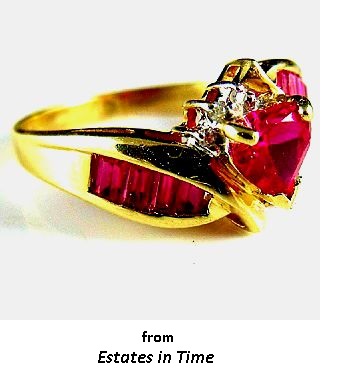 Some of earliest writings of Rubies is in Verdic, an ancient form of Sanskirt which in itself is an ancient language used to write early Hindu scripture. Roughly dating to between 1700 and 1100 BC.

The Verdic text telling a story about a battle between Surya, the sun-god, and Ravana, a great king of Sri Lanka. In the fable, Surya had just defeated a mighty demon, Vala. Taking the demon’s blood Surya attempted to flee back into the heavens when Ravana attacked.

During the battle, Surya dropped the blood which turned to Rubies as it fell across Bharata. An area we now call the Middle East.

From these early writings forward the Ruby has been a sacred jewel to the cultures of the Middle East as well as the Orient. Ancient Burmese warriors embedding the red gems into their skin to protect them during conflicts

While the Hindu text, “Harita Smriti“ states: “He who worships Krishna with rubies will be reborn as a powerful emperor. If with a small ruby, he will be born a king.”. Also revered by the Christian faith rubies are mentioned in the Bible many times. Referencing the value of wisdom, knowledge, as well as the significance of choosing a good wife. 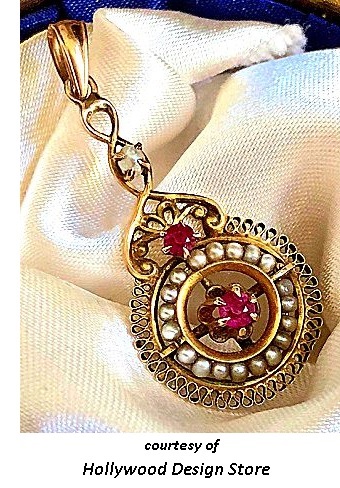 Some of the earliest Ruby mines known today, date to the 4th century BC, located in Sri Lanka. From these mines and those of Burma grew some of the most fanciful stories relating to the jewel.

Theophrastus, a Greek philosopher of the early 2nd century BC, theorized that Rubies were of male and female genders. The darker and more brilliant being male, while the lighter shades being female. Almost three centuries later Pliny the Elder would recount these same beliefs in his book of Natural History.

Oriental Legends of the Ruby

Burmese Monarchs are known to have spread many Ruby legends, Those of curses and death. As they struggled to hold the valuable assets within their kingdom. Yet as the red jewel traveled across the Orient tales of wonder began to appear.

In Thailand, a fable of the Burmese dragon was often told. A myth of Naga a dragon princess falling in love and marrying the Sun God.who traveled across the sky each day.

In the story, their love produces three eggs. From the first egg came the great Burmese Tiger, and from the second the Prince of Sawhti. Then the third egg broke open spilling out Rubies across the land.

In Tibet and China, Buddist beliefs claim Rubies are the tears of Budda. As the Ruby began to travel along the Silk Road,

Tales of the Ruby During the Middle Ages 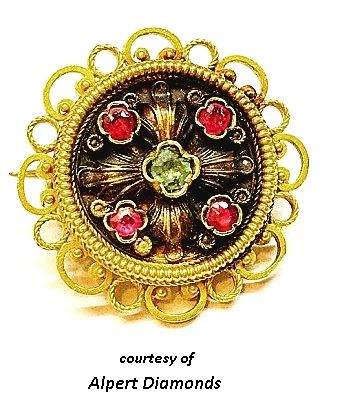 During the Middle Ages, Europeans regarded the Ruby for its ability to protect against illness as well as foretell dangers. Early in the 13th century the scholar Bartholomeus Anglicus wrote of the effectiveness of a Ruby in countering poisons.

While many claimed a Ruby would warn its owner of imminent danger by losing its luster and turning dark.

After his return from the Far East, Marco Polo told if the Khan’s love of Rubies and the Island of Seilan. Which he believed to be the only source for red jewel.

In the writings of Marco Polo’s travels, he describes the finest Ruby in the world saying it is as red as fire and the length of a palm. While it is as thick as a man’s arm.

Another famous Ruby from the end of the Middle Ages is the Nga-Mouk. The legend stone begins in Burma where a miner by the name Nag Mouk finds a large Ruby.

During this time it was the law that Rubies of a certain size be given to the King. Wishing to profit from his large find the miner broke the jewel in half giving the larger portion to the King. Sometime later the deception became apparent to the King and Nga Mouk was burned at the stake.

According to the legend, the miner’s wife died of heartbreak as she witnessed the execution from a hilltop outside of town, but not before cursing the Ruby and everyone who owned it from that day forward. Whether you believe in curses or not, many tragedies have befallen the owners of the stone since that day.

Tragedies of the Nga-Mouk Ruby 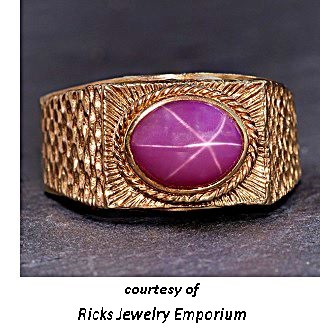 Nearly 200 Royal Family members were massacred by King Thebaw as he took the throne of Burma. Yet his reign would be short lived as the British invaded the country. Reportedly as Britain seized control of the country Colonel Edward Sladen stole the Nga-Mouk from the deposed ruling family and presented it to the British Crown.

Just three years later Colonel Edward Sladen would die of a mysterious blood-vomiting illness as would King George Vi after being only the second British Ruler to wear the State Crown which bore the Nga-Mouk jewel. While the first King to wear the jewel was King Edward VIII who was forced to abdicate the throne after ruling for less than 12 months.

The Ruby in the Modern Era

While the Ruby is no longer looked upon as a magical stone with mysterious powers, the jewel has not lost its allure. A perfect natural Ruby is seen as one of, if not the most valuable gems known to man. Even more valuable than the perfect diamond, but the perfect Ruby is very rare.

Conservatively speaking, 95% of the Rubies seen on the market today are heat treated or have received some type of enhancing treatment leaving an extremely low number of what is considered a perfect natural gem. Which can easily be valued in the six-figure range per carat

Seen as the Birthstone of July as well as the 40th Wedding Anniversary Gem the Ruby is admired today just as much as it has been throughout time.