Written about in the text of many religions, mysterious Sapphire folktales and legends date to 1000 BC. While the sapphire comes in many colors, ancient beliefs mostly center upon the deep blue gemstones. Also known as Kashmir or Cornflower. Such as the rough Sapphire photographed by Gèry Parent above,

Throughout history, these beautiful jewels have inspired fascination and intrigue. Conjuring up mysteries, curses, and tales of wonder. While filling the imagination of mankind for centuries. From ancient Persia into the Christian faith and beyond. Where tales of the Sapphire invokes images of heavenly angels bringing peace and truth to the world.

Many of the world’s legendary Sapphires rest today in museums or in Crown Jewels. Yet their paths through history are brim with enchantment.

The Ancient Past of the Mysterious Sapphire 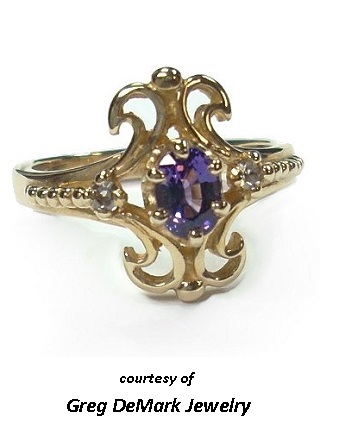 The ancient Persians once believed the earth rested upon a giant sapphire pedestal with the stone’s reflection giving the sky its blue color. According to this belief, all the sapphires found on earth are chips from the pedestal. Which broke off as the earth settled into position.

While ancient Abrahamic beliefs claim Moses received the ten commandments written on two sapphire tablets. Although today we believe the name sapphire was used to describe another blue gemstone such as Lapis Lazuli.

And Hindu Mythology speaks of a divine tree in ancient Vedic scriptures, the Kalpavriksha or wishing tree. Said to have once lived on earth, the Tree of Life reportedly had the fruit of Rubies, the trunk of Diamonds, and the roots of Sapphire. Yet mankind misused the tree by wishing bad thoughts. Angered by these misdeeds, Indra, the King of Highest Heavens, swept the Wishing Tree into heaven. 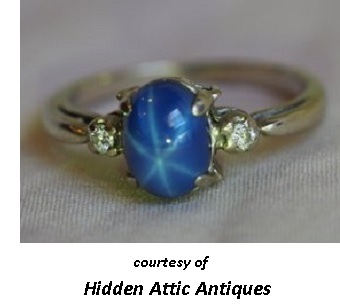 Greek Mythology also had an affinity to the mysterious Sapphire. As Pythia, the Oracle of Delphi would be clad in precious gemstone when paying homage to Appolo.

Due to a belief, the jewel connected her to the spirit world, the priestess became widely credited for her prophecies

Each of these legends showing reverence to the gemstone Sapphire. Still, the Star Sapphire is regarded to have even more mystical powers. As light causes three crossing bars to appear. Creating a living Star which moves with the light. An effect which led the gemstone to be called the “Stone of Destiny” as the crossbars are said to represent Faith, Hope, and Destiny.

Curses of the Mysterious Sapphire 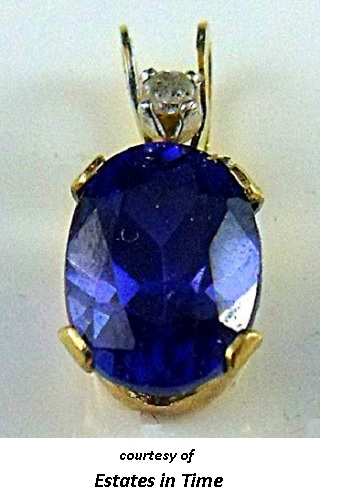 As with most precious jewels. mystery and intrigue are usually followed by a curse. Which is true of the sapphire as well.

One of the most publicised is the curse of the “Delhi Purple Sapphire”. But in reality, the stone is actually an Amethyst which I have written about before here.

While other notes which speak of the cursed “Star of India”. Still, there is another curse which is most intriguing to me. A lesser-known curse than the Hope Diamond or Black Orlov, but every much as deadly.

This is the curse of the Tamari Sapphire. Originally the curse was meant for a small monkey. Which had stolen the sapphire ring of an Indian High Priestess while she worshiped the Goddess Khali. In anger, the Priestess cursed the small animal with all of Khali’s wrath as the small monkey scampered away.

This is where the legend takes an unusual turn. As it turns out the monkey was actually the pet of a wealthy American who finds the sapphire later and has it mounted into a necklace for his lover. A Parisian dancing girl named Nicole, who loved the necklace and wore it on stage as she danced. 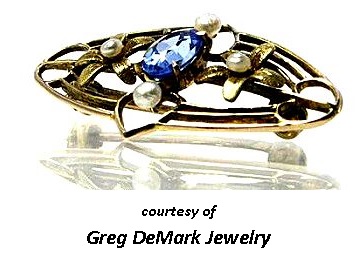 Yet after only a short time, the curse claimed its first victim. As Nicole drown in Egypt, in the desert, during a hundred year storm which flooded the area. Nicole was 22 years old and had been in Egypt only one day when the storm struck.

Shortly after the freak desert storm, a family dog happens to cut his paw on the jewelry and dies within a week of blood poison.

From there the fanciful tale passes the Tamari Sapphire down through several misfortunate hands wreaking havoc along the way. Until it made its way into the British jewels.

The Royal Love of Mysterious Sapphires 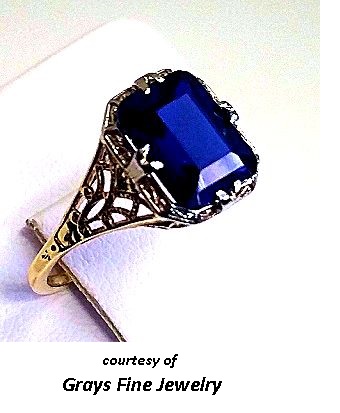 Like so many wonderous stories surrounding jewels down through the ages. it is often hard to separate truth from fantasy. Yet one reality is sure. The sapphire held a special place for royalty across Europe and beyond.

As far back as the legend about Helen of Troy, history speaks of Emperors who lusted for the sapphire. With a draw, so powerful a color bears the name “Royal Blue”.

Aristophanes, a classical author of Athens, tells of a large Star Sapphire belonging to Helen of Troy which held the key to her powers over Menelaus and Paris alike.

While King Solomon’s ring, the “Seal of Solomon” is said to be a mysterious sapphire which enabled him to command demons and speak to animals.

Although these legends may be debatable. We cannot deny the love of sapphires by Emperor Charlemagne. Known as the father of France and Germany, Charlemagne ruled western Europe after the fall of Rome. 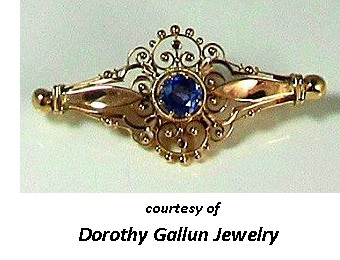 During this era, sapphires were seen as heavenly symbols with the promise of eternal salvation. As Charlemagne wore a sacred amulet of two sapphires surrounding a relic of the True Cross.

Although buried with him in 814. Emperor Otto III reopened the tomb in 1000 AD and awarded the amulet to the Aachen cathedral treasury. Who later pasted the relic to Josephine de Beauharnais, wife of Napoleon Bonaparte.

Other Russian Emperors who had an affinity for the mysterious sapphire included Ivan the Terrible, Peter the Great, and Catherine the Great.

To wit, Sir Jerome Horsey quoted Ivan as saying “The sapphire I greatly delight in, it preserves and increases courage, gives the heart joy, is pleasing to all the vital senses, and it is precious and sovereign for the eyes: it clears the sight, takes away bloodshot and strengthens the muscles and strings of it.”

A Love Affair with the Mysterious Sapphire Today

One of the most popular gemstones used in jewelry today the sapphire offers a tantalizing array of colors and style. Known as the birthstone of September the jewel is also the 45th wedding anniversary stone. While the engagement ring of Kate Middleton has caused a resurgence of the gem as an alternative choice. Filled with history and intrigue the love affair with the mysterious sapphire is alive and well today. As it has been throughout time.