While many labeled Rhode Island as the Jewelry Capital of the World during the industries heyday. Manufacturers still dot the tiny state today. In Providence, Rhode Island the area is simply referred to as “The District”. A patch of real estate, roughly 19 acres in downtown. Which became home to some of the biggest names in the costume jewelry industry during the 1940’s and 50’s.

Yet the big names such as Coro, Trifari, Monet, Swank, and Speidel weren’t the only businesses located in and around Providence. As recent as 1986 there were 900 jewelry firms. Producing 80% of the industries costume jewelry. With the majority of the businesses being small independent operations employing 25 to 100 employees. A 1.5 billion dollar industry which was shipping 1 million pounds of costume jewelry a week

But what was the draw? Why did so many big names choose to compete so closely together? And how did it all begin?

The Early Beginnings of the Jewelry Capital 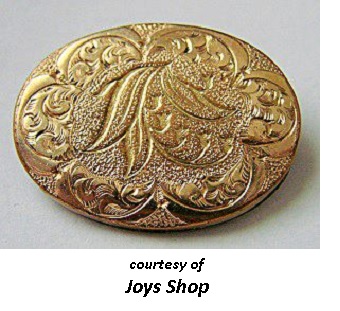 Sometimes called the father of Rhode Island’s jewelry business, Nehemlah Dodge opened his shop in 1794. After working an apprenticeship for his uncle, Seril Dodge. Who happened to be the first jeweler and watchmaker of Providence, Rhode Island.

By bonding gold and copper together using silver solder Dodge created the first gold plating in America. Then by using his new method Nehemlah was able to hammer and roll his plated gold into various thicknesses.

Thereby producing a less expensive gold-plated sheet for jewelry making. Seeing the potential in his new techniques the young Dodge began marketing the sheets of plated gold to other goldsmiths. Then as word spread about the Dodge factory and inexpensive gold plating. A new industry began to spring up around Providence. While Rhode Island took its first steps towards becoming the Jewelry Capital of the world.

The turn of the 19th century brought steady growth to the region. As apprentice began to step out on their own. During this era, the industry operated on a traditional seven-year apprenticeship to train craftsman. This along with immigration into Rhode Island brought an influx of skilled labor which flooded Providence.

By 1830 some 27 small partnerships were operating in the area. While Providence was a growing community at a population of roughly 17, 000. The region could not support this number of luxury jewelry firms. For that reason, salesmen hit the road. With marketing trips as far away as the newly acquired city of New Orleans.

Gold Turns to Silver in the Jewelry Capital 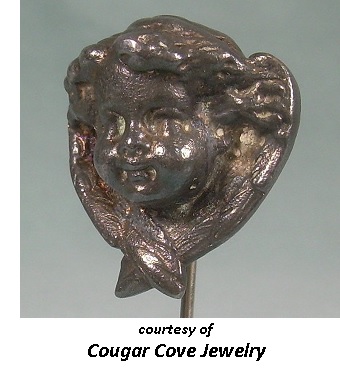 One of the early apprentices of Nehemlah Dodge was Jabez Gorham, founder of Gorham Manufacturing Company.

Originally after graduating from his apprenticeship Jabez opened a small shop in 1818. Producing beads, earrings, gold chains. Most noted were Gorham’s French filigree jewelry and a stylish chain design referred to as “Gorham chain”.

Yet as time went by the young man became troubled by the fluctuating gold markets and the volatile nature of the jewelry business.

By 1831 Gorham formed a partnership with Henry Webster to form Gorham Manufacturing Company. Although the new partnership did continued in the jewelry industry to some degree. The main focus shifted to silverware, which was aided in 1842 by an import tariff imposed on foreign silverware by the US Congress. Ultimately propelling Gorham Silverware into becoming the world’s leading silver manufacturer of silver products.

Advancements Come to the Jewelry Capital 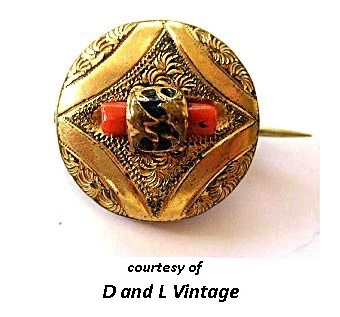 By 1850 Providence was home to 57 jewelry manufacturers and an English immigrate had brought the secret to plating gold without the use of silver solder to Rhode Island.

The process first devised by Nehemlah Dodge, of soldering gold to the base material was quite cumbersome and time-consuming. Yet this new method brought to Providence by Thomas Lowe in 1848 was not an overnight success.

Although Lowe’s method of sweating the metals together reduced the cost of gold plating. As well as made improvements to the final product. Thomas found the call for his secret limited while working his first position in the shop of G & S Owen.

Moving to Munroe & Eddy jewelers after only a short period. Lowe’s plating began to gain acceptance in the industry as Thomas worked with the jewelers for roughly two years. After which Lowe became one of the 57 jewelers listed above in 1850. Primarily supplying gold plate to the prominent Sackett & Davis Jewelers. As Rhode Island took its next step towards becoming the Jewelry Capital of the World. 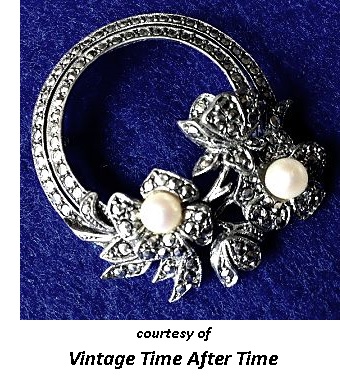 By 1890 the ever-growing jewelry business had reached 200 firms in Providence, employing 7000 workers. Setting the stage for the turn of the 20th century. As if it were destiny. Over the past century, Providence has been a growing hub of craftsmen and innovation.

While being supported by a deepwater seaport as well as a bustling railway system. And now public opinion is about to change.

For nearly 200 years inexpensive imitation jewelry has been looked down upon. Often called fakes or fraud. Yet by the 1920’s costume jewelry was becoming commonplace and accepted thanks to the fashion designers and movie stars of the day.

With plating companies, chain makers and companies who make findings dotting the landscape of Providence. In 1911 one of the first costume jewelers, destined to become a major player moved into Providence. 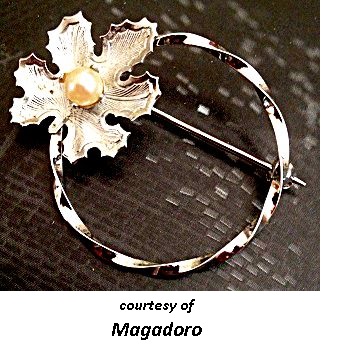 Forming only one year prior in New York, Cohn and Rosenberg decided Rhode Island was a good match for their operations. With the abundance of skilled labor and the close proximity to suppliers.

A trend which was soon followed by greats such as Trifari, Little Nemo, Monet, Swank, and Speidel.

This was a time of cutthroat competition as firms sought to corner the costume jewelry market. A time where designers often embellished upon the designs of others and many lawsuits were filled.

Cohn and Rosenberg, or Coro as it later became known, was the first to experiment with costume designs and unconventional materials. A practice that would serve them well during the upcoming Depression.

The Jewelry Capital during the Great Depression 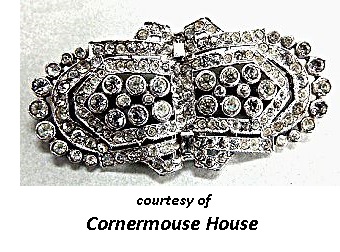 After outgrowing their original location, Coro moved into their new factory in 1929. Just prior to the stock market crash which started the Great Depression. An era which stifled most industries. Yet the downturn seemed to inspire the costume jewelry trade.

Coro now had the largest jewelry factory in Providence and was well on its way to becoming the leading manufacturer of costume jewelry in the United States.

As the demand for inexpensive adornment increased. Two designers rose to the occasion. Gene Verrecchia of Coro and Alfred Philippe of Trifari. Their visions moving the industry away from the flat, colorless, geometric art deco styles into a colorful three-dimensional composition.

By the end of the decade into the 1940’s Rhode Island had become the Jewelry Capital of the world. Producing 80% of the costume jewelry made in America.