As we enter into the month of Halloween and embrace the Fall season. It is only fitting October’s Birthstones should display rainbows of colors. The mystical Opal bursting with vibrate flashes while the Tourmaline answers with its own array of magic.

We can only imagine the thoughts of the first early human to gaze upon an Opal. Or the excitement of the Spanish conquistador who washed the dirt from a crystal in Brazil believing the vibrant gem was emerald. It’s impossible to know what went through their minds, but the legends and folktales to follow are simply amazing.

By far Opal has been a known gem much longer than the Tourmaline. In fact, some of the oldest opal artifacts we know of are around 6000 years old. Found in Kenya as the results of the work by anthropologist Louis Leakey, some claim the relics are the products of Ethiopia. Which I find strange as Ethiopia is now some of the newest opal fields in the marketplace. Yet like many things throughout history, where discoveries come to light and then disappear. Only to resurface again later and thought to be new.

On the other hand, Tourmaline has not been understood near as long. Mistaken for Rubies, Sapphires, and Emeralds throughout time. Even the gem’s name means “mixed gems” in the Sri Lankan language of Sinhalese.

The Ancient History of October’s Birthstones 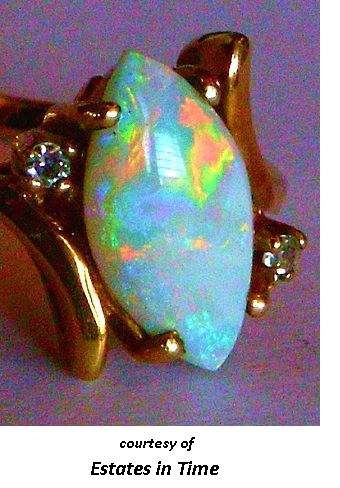 Ancient Arabian folklore speaks of the Opal riding lightning bolts out of the heavens to earth. Flashing brilliant colors across the earth. While the Australian Aborigines have passed down a story about the stone being the Creator’s footprint. Where he stepped upon the base of a rainbow bringing harmony to the world.

Ancient Greece also believed the Opal came from heavenly sources. As the gem was allegedly the tears of Zeus when he cried tears of joy after defeating the Titans.

In Rome, the Opal was considered one of the most valuable talismans a person could own. A belief so powerful Roman Senator Nonius chose exile over surrendering an Opal he owned to Marc Antony.

An event Pliny the Elder chronicled in his book “Natural History”.

“There exists today a gem of this kind, on account of which the senator Nonius was prescribed by Antony. Seeking safety in flight, he took with him of all his possessions this ring alone, which it is certain, was valued at 2,000,000 sesterces. The opalus was “as large as a hazelnut”. 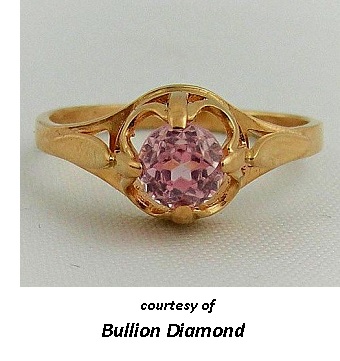 Tourmaline and its Rainbow of Colors

Due to the jewels vast array of colors. Tourmaline has been mistaken for centuries. Such as the 17th-century rubies of the Russian Crown Jewels, which are in fact Red Tourmaline.

Or the unknown quantity South American gems sent to Portugal from the Colonies as emeralds, which were Green Tourmaline.

Seen in every color of the rainbow as well as black has led most to believe the gem was either Ruby, Sapphire, or Emerald according to the stone’s color. Yet a few did realize these jewels were special.

Although ancient legends of the gem are few. The ancient Egyptians have a fable where the stone got its color from a rainbow. Thought to have risen out of the depths of the earth. Pushing itself through the colorful base as it emerged onto the surface taking the prisms color.

While the Greek philosopher Theophrastus noted the stones ability to attract straws and bits of wood through a magical magnetic force called pyroelectricity. Yet Tourmaline did not receive popularity or recognition until the 19-century when scientists were able to identify the gems true makeup.

Reshaping the Beliefs of October’s Birthstones in the 1800’s 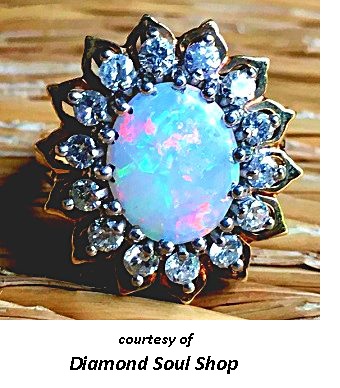 At the turn of the 19th-century, both gems were in for a change. Through misfortune, and deceit as well as a scientific discovery.

As I said in an earlier article, almost every popular jewel comes with a curse or two in its past and the fiery beauty of the Opal is no exception.

Such is the tale of the Spanish King Alfonzo XII and his jilted love Comtesse de Castiglione. Legend tells that the two were deeply in love at one point. Yet the King decided to wed another, Princess Mercedes.

Enraged by the deceit of the King, Comtesse sent a magnificent, but cursed, Opal, set into the finest gold as a wedding present. Which the new Queen greatly admired. Sadly after only two months, the Queen was dead from a strange disease due to diarrhea and dehydration.

Upon the Queen’s death, Alfonzo gave the ring to his Grandmother Queen Christina who perished almost immediately after receiving the ring. Whereupon the Queen’s heiress the Infanta Maria del Pilar took possession of the ring. Only to pass away herself shortly afterward. The next member of the Royal family to acquire the faithful Opal would be the King’s sister-in-law. Who also met her fate due to the same sickness.

After losing four members of his family Alfonzo believes the best course is to hold the ring in his collections for safe keeping. Yet shortly afterward the King himself falls victim to the disease. 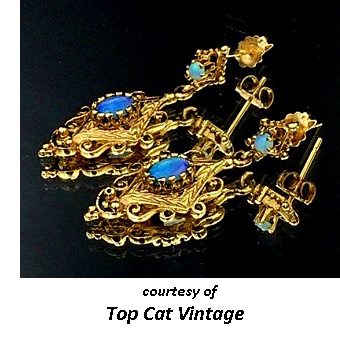 Although an epidemic of cholera was sweeping Europe during the dark day of Alfonzo’s reign. The powerful diamond mining and retail conglomerate De Beers ceased the opportunity to discredit their strongest completion, the Opal.

For centuries the Opal had been a favorite of the elite as a bridal gift. But this was soon to change as the South African organization spread tales of misfortune and curses brought on by the jewel. Some of which persist even into the present day.

As recent as 2006 a question was posted on Yahoo Answers asking if an Opal engagement ring is bad luck. Where one answer claims an Opal is a bad luck gem unless your birth date is able to claim one of October’s Birthstones as your own.

The confirmation of October’s Birthstones Tourmaline 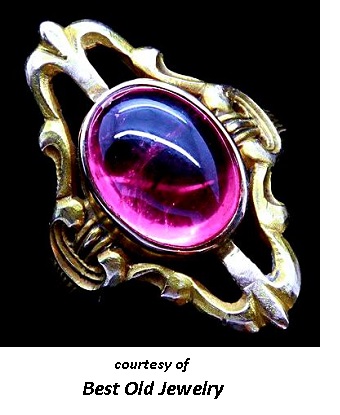 Still largely unknown in 1820 two students, Elijah Hamlin and Ezekiel Holmes, discovered a rich deposit of Tourmaline on Mt. Mica in Maine. While in 1892 discoveries were made in California.

Advances in mineralogy during the 18th and 19th-centuries had finally identified these brightly colored jewels as Tourmaline. As Tiffany used the discoveries on both coasts to declare the stone an American Gem.

Although the largest deposits of gem-quality Tourmaline were being mined in the US, China quickly became the gems largest consumer. As the Chinese Dowager Empress Tz’u Hsi’s fascination withTourmaline grew. Especially fond of the pink verity the Empress had vast quantities of the gem imported. Where skilled craftsmen carved various artworks from the stone.

During this period the market for Tourmaline became so dependent upon China, the death of Empress Tz’u Hsi had devastating effects. Causing a collapse in the market and the closure of many mines. 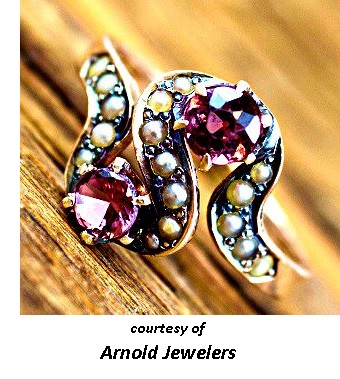 One of the saving graces for the industry came the same year as the collapse of the Chinese government though. In 1912 the National Association of Jewelers decided to standardize the list of stones associated with each month. Which set Tourmaline as one of October’s Birthstones. This move by the Association was in response to an advertisement campaign by Tiffany & Co.

Nearly 300 years earlier in the 16th-century, the Gregorian Calendar quoted a poem matching each month to a gem.

In1870 Tiffany republished the poem as a campaign to sell their stock of jewels as birthstones. Yet over the course of the next 4 decades, the poem was in a state of flux with the company often changing the poem as inventory rose and fell.

By 1912 Jewelers across the country were calling for some sort of standard, which was answered by the National Association of Jewelers.

No matter which you choose, a magical Opal or a colorful Tourmaline. You can’t go wrong with either of these October Birthstones. Both have a touch of magic and mystery to dazzle the eye of all who see them.

2 thoughts on “Legends and Folklore of October’s Birthstones, a Rainbow of Color”