As with the other gemstones I have reviewed November’s birthstones, Topaz and Citrine are no strangers to legends and folklore. Dating back thousands of years. However, it is important to remember during these ancient times the names given to jewels spoke more about color than mineral makeup. In fact, its quite possible these two gems may have been mistaken for each other from time to time. As all yellow colored jewels bore the name Topaz. Even the yellow-green stone we know today as Peridot.

From researching history there appear to be two trains of thought on how Topaz got its name. The first believes the word is from the ancient Hindu Sanskirt word Tapas which means “fire”. Which is quite possible with the association of Topaz and Ra (the Sun God) in Egyptian folklore.

While others believe the name comes from Topazos, the name given a small island in the Red Sea by the Greek. This belief garners its support from the writings of Pliny the Elder. Who wrote in his book “Natural History” linking a greenish-yellow gem to the islands name, which we know today as Peridot.

The History of Topaz Before becoming November’s Birthstones 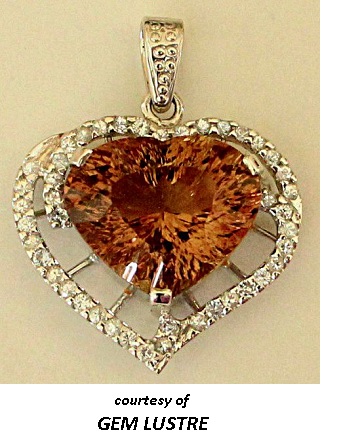 Although we know today Topaz appears in an array of colors, during ancient times the gem was thought to be only in hues of yellow. Even some which were not Topaz at all.

Which unfortunately clouds some of the history and legends surrounding the jewel. Many of the written religions speak of topaz. From ancient Egyptian beliefs to Greek mythology as well as the Christian Bible. Where the jewel holds a position in the first row of the Breastplate of Aaron.

While ancient Hindu folklore tells of the sacred Kalpa tree with its branches of Topaz. As the oldest legend noted in Indian folklore. Yet these tales have to be scrutinized due to the confusion pasted down through history.

During the age of Roman rule, Topaz became popular as a jewel of strength. Used as a Talisman by Romans of prestige, there was a belief the gem could ward off pestilence and protect its owner from peril during travel.

Many writings of the era describe Topaz as having a predominate tint of orange in their color. Which is in line with the hue which would become known as Imperial Topaz. 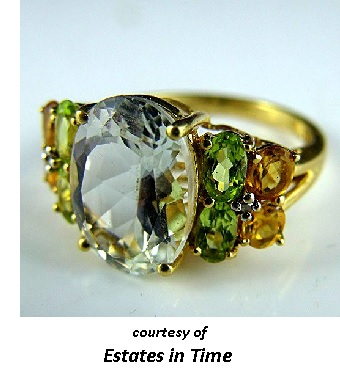 As the world moved into the Middle Ages, Topaz took on an air of mystical powers. Yet still, often mistaken for other gems. Early gem cutters of the era proclaimed the jewel’s power to cool boiling water and to detect poison. As well as the ability to produce light on its own.

The 12th-century Roman Catholic Saint Hildegard of Bingen often claimed to read scripture in darkened chapels by the light of Topaz.

Oblivious to the gem’s assortment of color during these times. One of if not the most famous Topaz of all times was mistaken for a diamond. The colorless jewel weighing 1640 carats.

The “Braganza” diamond mined in Ouro Preto Brazil in 1740 and mounted into the Portuguese Crown as an uncut crystal. At the time, the largest diamond ever found.

By the 19th-century the world had come to know Topaz as we do today. While one of the largest deposits is found in the Ural Mountains of Russia. And the discovery of an orange gemstone with red tints. With the discovery, the Russian Tsar immediately outlawed the sale of the gem outside of the Royal family. Giving the new jewels the name “Imperial Topaz”. Which today, are some of the most sought-after Topaz gems in the world.

One important note to realize is that some of the finer Topaz gemstones have been found to be highly radioactive. In fact, the US tests all Topaz to prevent hazardous levels. That said if buying from outside the country it is advisable to have the stone tested.

As mentioned above, both the Topaz and Citrine jewels have been prised for centuries. Evident by the reference of Citrine in Aaron’s Breastplate as well as Topaz. So at least to some degree, there was a distinction between the two gems.

Prevalent in the Mediterranean culture during the Hellenistic Age from 300 to 150 BC. Citrine came to symbolize success and fortune as the jewel decorated tools and jewelry. Yet the stone remained fairly rare.

With the rise of the Roman Empire, the yellow quartz stone became a valuable tool in upon itself. As Romans used the crystal in the art of Intaglio engraving. While introducing the uses of Citrine to the West.

In 1440 an esteemed Florentine merchant “Giovanni da Uzzano” wrote of the color of Citrine. Describing a “Good Citrine looks like a Peach Flower”.

The Growth in Popularity of Citrine, One of November’s Birthstones

By the 1600’s Scottland began to embrace the yellow quartz stone as well as its folklore of being the stone of success. As Medieval Blacksmiths adorn the handles of daggers and swords with Citrine.

While also decorating various Clan insignias which held the kilts of the Scottish attire, Unfortunately, after the failed 1745 Jacobite uprising the British Government took steps to prevent future rebellion. Including the “Act of Proscription”. Which outlawed Highland dress unless worn for military service.

In essence, this quailed the rise of Citrine for nearly a century until Queen Victoria’s love of colored gems and the Scottish heritage revived the forgotten jewel.

Throughout the 19th-century the bright yellow gem saw limited success. Then in the mid-1920’s with an abundance of supply the inexpensive gem exploded on to the Art Deco scene. Becoming the most popular gemstone of the new movement. Today Citrine is still hailed as a cheap substitute for Topaz. As well as the jewel which gives more bang for the buck in large statement jewelry.

Other Special Occasions Celebrated with November’s Birthstones, Topaz, and Citrine

With such a long history and beautiful color, it is only fitting these gems should be used to celebrate other special occasions. Their rich golden hues to brighten the eyes of the beholder.

Citrine is like seeing a burst of sunshine on a cloudy day. A stunning yellow to yellow-orange gem, it is popular and affordable and lends itself well to any design. Especially when accented with diamonds, or set into contrasting white metal such as silver, white gold or platinum. This makes Citrine an unforgettable 13th wedding anniversary gift.

While Imperial Topaz with a deep golden color likened to cognac or a setting sun implies hope and the strength to follow your dreams. Making this stone a perfect present on the 23rd anniversary.

3 thoughts on “The Legends and Folklore of November’s Birthstones, Topaz and Citrine”