Sometimes described as a decade of extremes with bizarre contrasts. Changes were everywhere, from Poodle Skirts to Bell Bottoms and from Route 66 to a walk on the Moon. The decade brought us the Civil Rights Movement and the Vietnam war. With the Flower Child and the Kennedy assassination. All of these events coming together to influence the cool sixties jewelry of a generation determined to create a new way of life.

Although the 1960s started out a continuation of the ’50s things would quickly change. Especially after the death of John Kennedy. Not since the Roaring 20’s had the youth rebelled so vigorously through social revolution. Determined to create an identity of their very own through the music, hairstyles, and fashions of the times.

Much like the decade itself, jewelry of the early sixties closely resembled that of the 1950s. With Jacqueline Kennedy style pearls, gold, and sparkling paste jewels. Yet it would finish with space-age themes and clashing colors. 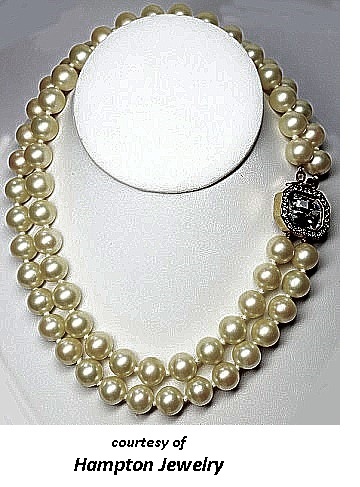 The Dawn of the 1960s was ushered in with the first President born in the 20th-century. While the glamor of the first lady Jackie Kennedy and her signature multi-strand pearl necklace sit by his side.

Popular costume jewelry giants Coro and Trifari continued their lines of textured gold and flashy Aurora Borealis Rhinestones. As the home sales perfume company Avon entered into the jewelry market. Along with other designers we know today, such as Kenneth Lane and Lea Stein.

A world on the edge with worry over the Cold War, a revolution was beginning stir. Activism was rising up in the Civil Rights Movement and the Feminist Movement alike.

While the fashions of these early years reflected the elegance of Jacqueline, the pillbox hat, pastel colors, and over-sized buttons. A change was in the air by the mid-sixties.

Prior to this era, design houses had catered to the more mature markets. But the social revolution of the youth movement during this time was too great to ignore. Ultimately the clothing and jewelry industries started gearing towards the teen and young adult markets for the first time in history,

The Cool Sixties Jewelry of the Mid-decade 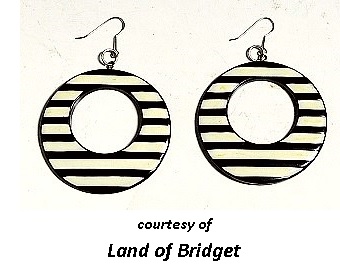 With the assassination of Kennedy, the American youth lost its innocence and rebellion firmly took hold. With protest songs by Bob Dylan, Barry McGuire, and Arlo Guthrie.

Although the Mod fashion trend actually began in Britain during the late ’50s, the styles didn’t reach America until some time later. Yet by the morning of February 7th, 1964 when the Beatles Pan Am flight left London heading for New York, the Mod styles of the mid-sixties had already exploded across America. With new materials and designs. 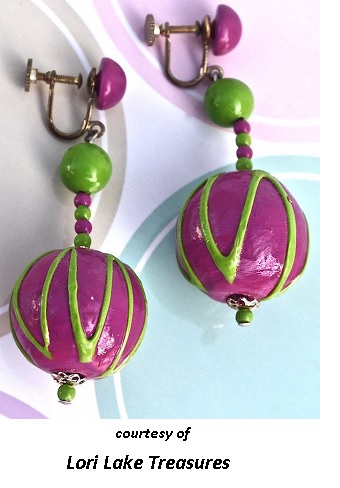 While the Mod styles of the times mimic 1920s Art Deco, the geometric shapes of the ’60s were large and bold. Favoring oversized polka-dots, circles, diamonds, spirals, and hexagons.

Often these designs were in black and white colors. With other colors clashing on purpose. Modern PVC and Lucite replacing Bakelite and Catalin the popular plastics during the turn of the century.

Yet the Mod fad only lasted a few years during the sixties. By 1966 the Mod fashions and styles would give way to the Psychedelic styles and Flower Child fashions. 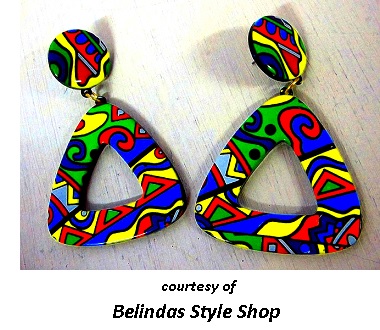 As the Mod scene faded into the psychedelic counterculture of the Hippies or Flower Children, no color combinations were off-limits. As the baby boomers of the ’60s set themselves apart from the ideals and attitudes of their elders. Not caring how the older generation thought of them.

By the mid-60s the taboo on pierced ears had subsided and large dangly earrings were considered fab. The bigger the better.

The Peace Movement was in full swing as the Summer of Love hit San Francisco in 1967. With the Flower Power Anthems of “San Francisco” and “White Rabbit“. 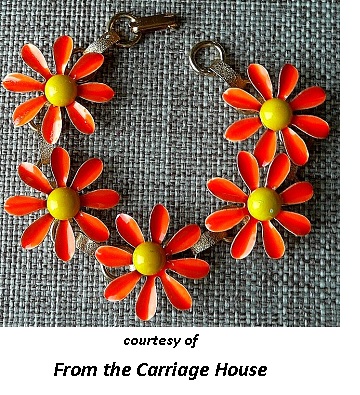 Flowers, symbols of peace and love were everywhere especially Dasiys. From VW Micro Buses to Jewelry.

Another prominent symbol of the movement which made its way into jewelry was the Peace Symbol. Originally designed in the 1950s by Gerald Holtom.

The symbol was the logo for the British Campaign for Nuclear Disarmament. Only to be adopted by Vietnam protesters in the ’60s. With “Flowers” and “Peace Signs” fashioned into bracelets, earrings, pendants, and rings.

While Harvard’s Psychology Professor Timothy Leary advocated the use of LSD and psilocybin. With the slogan “Turn on, Tune in, and Drop out”.

Cool Sixties Jewelry of Disco and the Spaceage 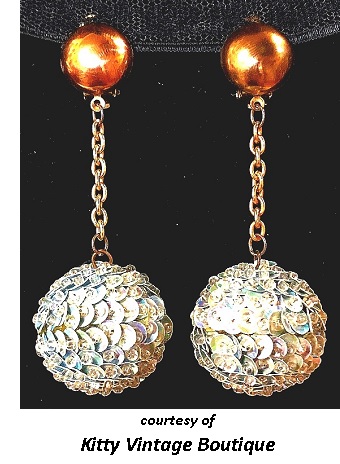 While very few would ever connect the ’60s with Disco, the new scene emerged in the nightclubs of New York and Philadelphia in the late ’60s. With DI’s spinning popular dance songs.

The ’60s had been a decade of social fragmentation with various lifestyle choices as people did their own thing. The creation of Disco sprang from a reaction against the dominant white rock music scene and culture in America.

With songs such as “Only The Strong Survive” by Jerry Butler. A song with the Philly Sound that would become one of prominent elements in Disco music.

The venues offering hot spots for the liberated ’60s woman to get dressed up, dance, and party. With multi-colored laser light shows flashing around smoked flooded dance floors.

Flamboyant glitter and sequins were the in fashion statements for a youth showing off their extrovert sides. Where the goal was to stand out and be seen.

Back in May of 1961, President John F Kennedy had brought the space race to the forefront of every American’s mind. When he predicted a man would walk on the moon within the decade.

A prophecy very few really believed, yet with every NASA success anticipation grew. As America became obsessed with the space-age. Along with the premiere of the television show “Star Trek” in 1966.

Ultimately this obsession entered the jewelry markets as well in the late ’60s. With smooth and textured metals in Atomic Space-age shapes. The majority of this new trend void of sparkle or rhinestones.

The Journey Through the Cool Sixties Jewelry

The 1960s were a unique space in history, filled with change and emotion. It is only fitting the decade should have such an array of cool sixties jewelry. With a variety of styles ranging from Mod to Psychedelic and Disco to Space-Age.

2 thoughts on “The Cool Sixties Jewelry, Mod to Psychedelic and Disco to Space-Age”