I’m sure you have probably heard paper is the traditional First Wedding Anniversary gift. Or that a clock is also an acceptable present. But why did paper come to represent the first anniversary and when did this become a tradition?

With a day as special as the first anniversary, why would we commemorate the event with such a common object as paper? While there is no record to pinpoint the age of the list or who the author is. Research has evidence of anniversary gifts in ancient Rome and Germany. Yet the tradition doesn’t seem to show up in England until the Victorian age.

Possibly a result of the romantic period of Queen Victoria marriage to Prince Albert. A period where many of the customs of Germany became British customs as well. Even though the tradition of gifts dates to the first century there is no evidence of the registry before the 1800s. Which seems to place the list of anniversary gifts as a creation of the Victorian era.

Symbols of the First Wedding Anniversary

By the early 1900s anniversary celebrations became very fashionable across America. To the point, symbolism took hold and the celebrations themselves were planned according to the anniversary year.

The traditional gift in America was listed as paper dating back into the 1800s. Although there are several theories of paper’s symbol for the first anniversary. From the idea that the small fibers which make up a sheet of paper represent the bond of two people. To the idea, a sheet of paper symbolizes the blank page of life two people have begun to write.

Both fragile and enduring, if taken care of the paper can tell a story for a lifetime. Mishandled and neglected, the paper will fade and wither.

While the modern gift has become a clock to symbolize an endless love and the time spent together as a couple builds their lives together. Yet this isn’t the end to the symbolism related to the First Wedding Anniversary.

With Gold being the official color theme and jewelry of the anniversary. Both of which portrays the sentiments we treasure and desire for the future of a young marriage. Signifying wealth and prosperity along with passion, courage, and compassion.

While the Pearl is the first year gem and Orange Blossoms rounds out the list. As the flower represents fruitfulness, Innocence, and eternal love.

Possibly one of the oldest or at least the best-known tradition was most likely passed down to you on your wedding day. Do you remember everyone telling you to save the top tier of your wedding cake?

While there are two popular reasons to save the cake, eating the top tier on the first anniversary.is thought to bring good luck to the marriage.

As noted above social events in America had become extremely vogue by 1905. With published directions on throwing anniversary parties from the first to the 75th. Including the menu and decorations expected for each anniversary. Even the party games tended to be year specific.

For the First Anniversary, the room should have decorations of yellow or gold with bouquets of orange blossoms or pansies, while the menu was sure to include oysters on the half shell according to the season..

In contrast, modern celebration traditions for the first anniversary are a lot less structured than the turn of the 20th-century. While the first Anniversary may not be celebrated as a social event in modern times, there are a few dinner party themes popular as modern events

While another idea has been to recapture the magic felt during the wedding reception. As friends and family danced and revealed in the joyous affair. Throwing a dinner party with the decor of the event, dancing and the menu as well.

Yet in modern times a quiet romantic evening for two is a very popular way to commemorate the day as anniversaries trend more towards personal than social.

Gift Ideas for Your First Anniversary 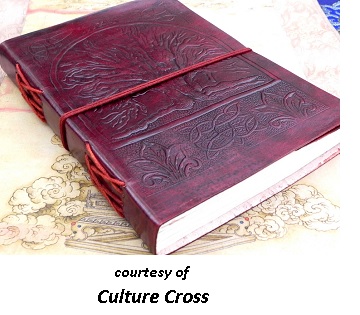 Whether it’s a vintage Oriental style Paper Fan to Sun Dial paperweight or an Anniversary Clock to a vintage Fedora with lace and paper flower accents. Buying vintage and antiques adds a sense of historical romanticism.

A vintage leather journal could give your spouse a chance to record their thoughts and memories. While also being the perfect gift to hide the tickets to that special getaway for your First Anniversary. 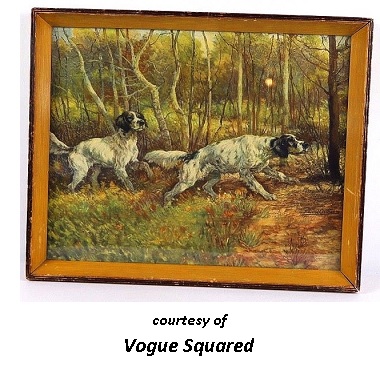 Or for those who are hard to buy for, especially when looking for a gift of paper, you could look at your spouse’s interest or hobbies.

Using those interest to choose a collectible vintage art print could be perfect to let them know they are special. As well as a unique addition to your home which will remind them every day of the life you are building together. 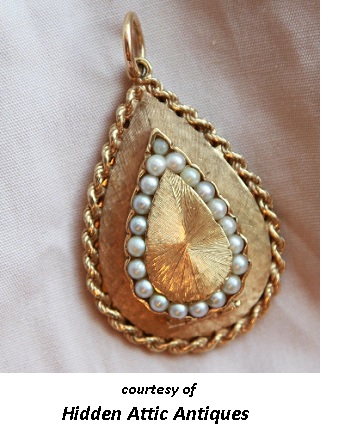 And still, even though paper and clocks are the standard gifts for the first anniversary. If you must give jewelry gold is the jewelry of choice and pearls are considered the gemstones for the first year.

Where Vintage and antique jewelry from the past offers romance and a unique style not seen in modern jewelry. With the charms of Victorian, Art Nouveau, Art Deco, or Edwardian designs.