When starting this article about hosting a Victorian romantic dinner, an old joke comes to mind. “Of all the utensils created by man. It always amazes two sticks were chosen to eat rice“. Yet in reality, the fork is a relatively modern invention. Thousands of years after the spoon or knife. With one of the first instance of record mentioning the fork being during the Byzantine Empire of the 11th century.

When St. Peter Damian a religious hermit described a Venetian princess’s eating habits with disdain for her use of the fork. During these ages, few accepted the fork due to its resemblance to the pitchfork of the devil. As a result, it would take up to seven centuries and a Queen from a foreign land to bring the fork to popularity.

Known for its romanticism the Victorian era harkens back to an age of refinement and elegance. Where the growing middle class and the lowering prices brought luxury items to the masses.

The Connection of Candles and the Victorian Romantic Dinner 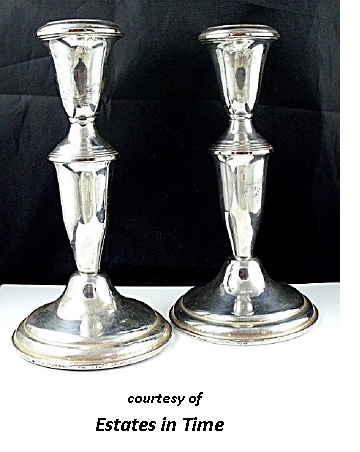 Long before the Victorian age beauty would be defined by the dilated pupils of a lady’s eyes. During the Renaissance eyedrops of toxic Belladonna became a common cosmetic to provide this desirable effect.

Even though oil lamps and candlelight filled the evenings and nights throughout history. Up until the late Victorian era when electric light began to appear. Yet the combination of romance and candlelight probably wasn’t a tradition until the mid-19th century.

Prior to the 19th-century candles of animal fat burnt with a putrid scent. Until the creation of paraffin in 1830 providing a scentless clean burning candle which was affordable to the public.

From this point, the low light of a candle came to represent romantic sentiments by relaxing the mood and dilating pupils.

Setting the Table for a Victorian Romantic Dinner 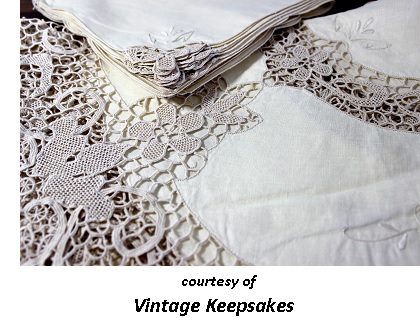 During the Victorian age, there was little that lace didn’t decorate. From a Lady’s bonnet to the dining room table.

Nearly a half-century earlier lace had been exclusively made by hand. But at the turn of the 19th-century machinery started to overtake the historically women’s craft.

Reducing the cost of lace while spreading the frilly decoration throughout the homes and fashions of Victorian times.

An age where meals were taken together with cloth-covered tables and cloth napkins. Another common object

found on the Victorian table is the napkin rings. With figural ring being very popular during the era. While promenade households using silver or silver plate rings.

Today we often view the use of napkin rings as an elegant or as a ritzy place setting. However, during the Victorian age, these rings served an important function.

Generally, the napkin ring would be engraved or marked in some manner to identify each napkin to a family member. This was due to the expense of cloth and families not being able to afford large quantities of napkins.

As such cloth napkins were most often used for several meals before being washed. The napkin rings keeping track of whose napkin was whose. 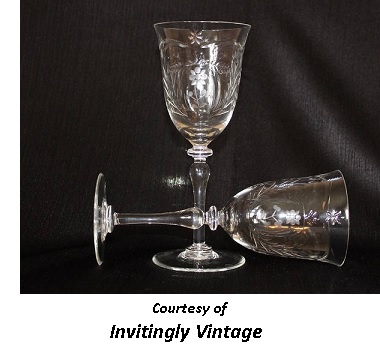 Special events celebrated during the Victorian age would include a formal dinner set with grandeur and refinement. Generally with the home’s best dinnerware. Where Crystal and China set the tablescapes of the upper classes.

First created in the 1600s by George Ravenscrott. By the 18th-century, English lead-crystal had overtaken Venetian glass across Europe as the most favorite glassware.

Yet the English crystal was quite plain. Ultimately Glass Cutters from Holland began importing English crystal to wheel-cut their designs into. Producing the first crystal patterns which swept Europe. 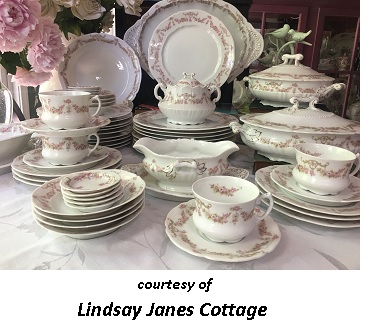 While China remained a symbol of wealth to the aristocrats. Although the fine porcelain dinnerware had become more available with Europes ability to produce China during the 18th-century. European China remained quite expensive.

Not until production came to England during the Victorian era did fine China become available to the middle class. The most prominent English China being blue and white transfer-print ware.

This production of English China would become known as the birthplace of Bone China as the potteries involved in the ventures were from six towns of close proximity. the six towns merging in 1910 to become Stokes-on-Trent.

Importance of Silverware for the Victorian Romantic Dinner 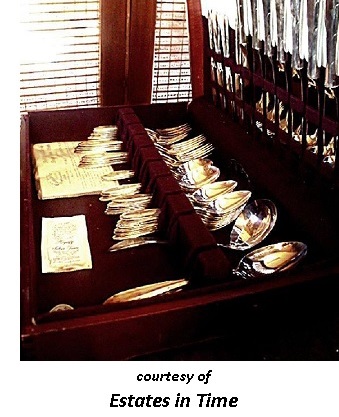 For all intents and purposes, Victorians turned fine dining into a theatrical art form. With society prescribing everything from the placement of utensils and glasses around the plate. to the appropriate manner to hold flatware.

This also being the age of the industrial revolution, factories began to produce uniform sets of flatware with extravagant patterns at an affordable price. Resulting in the Silverware becoming the centerpiece of the lavish Victorian dinner party.

As the importance of having the finest silverware service available grew, Silversmiths began to produce increasingly large sets with unique services.

Such as the spoon becoming a dessert spoon, place spoon, soup spoon, both clear and cream, a spoon for ice cream, sorbet, and parfait, plus a bouillon spoon, citrus, egg, confection, claret and demitasse spoons.

So as you ready your Victorian romantic dinner set to impress your Valentine. With the perfect glass of champagne, smoked salmon and oysters, cheese covered vegetables, and chocolate covered strawberries. Be sure to reminisce the unique tales and history which brought the elegance to a lavish Victorian table. 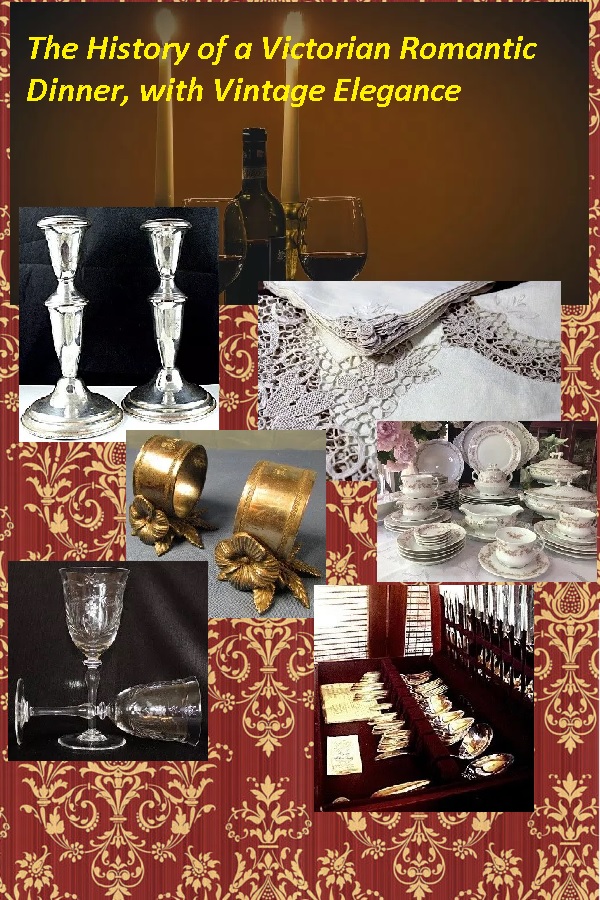 2 thoughts on “The History of a Victorian Romantic Dinner, with Vintage Elegance”