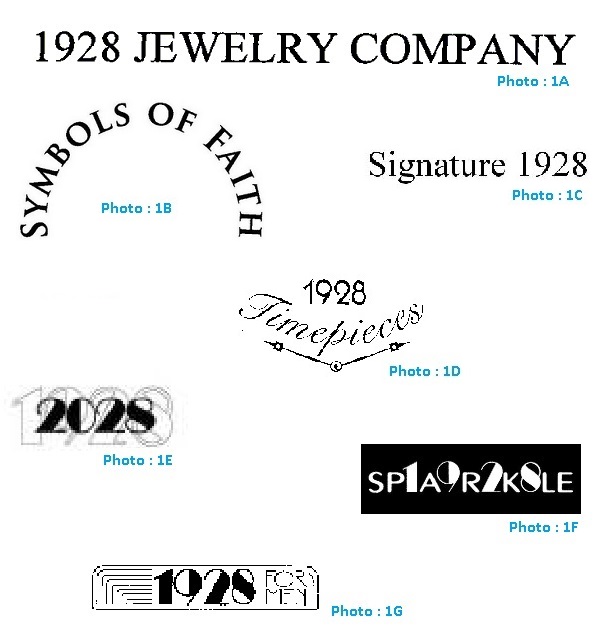 The history of 1928 Jewelry began in Los Angeles, California during 1968. Started by Mr. Mel Bernie, at the age of 28 years old in his garage. The company focuses on creating replicas of fine vintage and antique styles. While supplying the chic fashionista niche with classic jewelry which has elements to fit modern trends.

Incorporating on November 17th, 1969 under the name “Mel Bernie and Company Inc.” in the state of California.1 Later choosing the trade name 1928. Yet the company would wait until June of 1977 to register the trademark.2 Since then Mel Bernie has registered and used several trademarks, with a few shown in the picture to the left.

In July of 1983, Mel Bernie also incorporated as a foreign business corporation in the state of New York.3 Yet by 1988 the company would dissolve this New York corporation.

Today 1928 Jewelry is the largest privately owned US jewelry manufacturer still in existence. 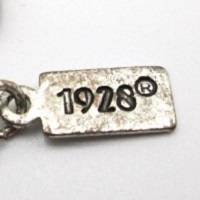 While the simple 1928 trademark in the picture to the right became the company’s first mark in 1971, it would not be registered until 1977.

This mark would become Mel Bernie and Company’s most recognized symbols for the next 27 years. Yet in 1998 the registration expired as other trademarks took its place.

By the end of the 1980’s Mel Bernie and Company began to diversify, first by adding a line of men’s jewelry which carried the trademark seen in Photo:1G. This mark was first used in commerce during November of 1989 and became registered July of 1990.6 While the mark on display in Photo: 1D was given to the company’s line of watches in 1991 and became registered in May of 1995.7 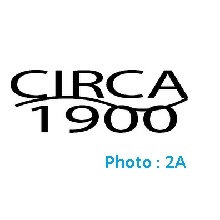 One trademark first used in 1991 which is still in use is the “Circa 1900” mark pictured to the left. Although this mark has at least four variations it was first placed in service as early as October of 1991. With the mark being re-registered under each variation.8 The remaining marks displayed above are not yet vintage, being registered after the turn of the 21st century.

The EPA Investigation of 1928 Jewelry

In the early 1990’s the growing jewelry manufacturer attracted the attention of the Environmental Protection Agency. Which led to the EPA listing Mel Bernie and Company as one of ninety-six companies which reportingly discharged toxic waste into the water system between 1990 and 1994. Stating the company discharged 250 pounds of copper compounds.9 Also, the 1995 National Biennial RCRA Hazardous Waste Report names the company as a large quantity generator.10

In 2000 the Department accused Mel Bernie and Company of illegally discharging cyanide and other toxic byproducts into water runoff during their manufacturing of jewelry. To settle the case the two entities entered into a consent decree. Where Mel Bernie and Company agreed to comply with state regulations in future, initiate inspection procedures, as well as train employees in toxic waste handling. Without admitting any guilt.11

Later, during a 2001 inspection, the EPA cited the Jewelry manufacturer for eight violations including a leaking hazardous waste tank and improperly labeled toxic waste containers.12 in 2005 Mel Bernie and Company once again agreeing to train employees in toxic waste handling while paying a $25,000 fine.13 The 1928 Jewelry company has been free of violations since 2001.