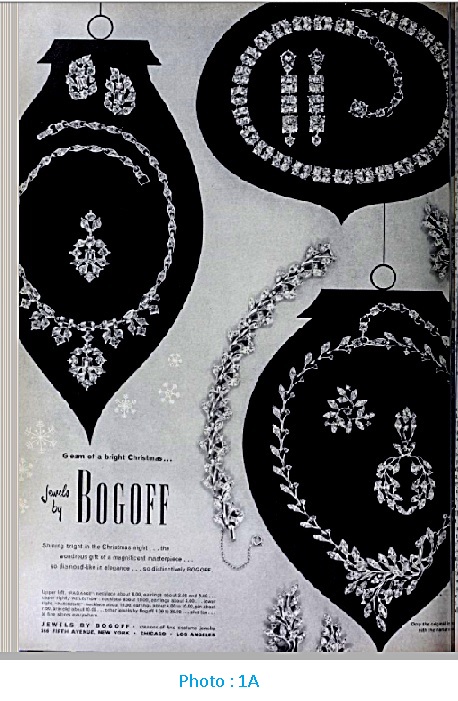 Henry Bogoff was born in Sochocin, Poland on January 16th, 1905.1 In a rural area not far from Warsaw. Slim his entire life, Henry liked to tell the story of his youth. How his older brothers fitted him with a vest with multiple pockets to smuggle vodka.2 Like many Eastern European Jews, he emigrated to the US in 1922 to escape persecution and advance economically. Arriving at Ellis Island at the age of 17 under the name Moszek Boguslavaka.3 While living in New York City Henry met and married a recent Russian emigrant, Yvette Glazerman in 1929.4 Shortly afterwards the couple moved to Chicago, Illinois.

In April of 1930 Henry applied for Naturalization Citizenship on Cook County, Chicago.5 Where he and his wife had previously started Spear Novelty Company. Manufactured belt trimmings, buttons, and other fashion accessories made with rhinestones. Spear Novelty was very successful, and their experience naturally lead them to the costume jewelry business.6

In 1940 Henry founded Jewels by Bogoff. Which eventually became one of the country’s leading designers and manufacturers of costume jewelry. Henry was responsible for the designs and styling. Both original creations and replicas of high-end jewelry. Due to Henry’s exceptional memory, he often visit upscale jewelers, particularly in New York City. Then return to Chicago and translate their diamond and precious stone designs into his own rhinestone creations.

Model makers translated the design from paper into a hand-made prototype. These were then duplicated and used to make a vulcanized rubber production mold. Molten white metal was centrifugally cast in these molds, and the raw castings were then polished by hand. Earring and pin backs were soldered on, while bracelets and necklaces were assembled using

foot powered swedging machines, and the assembled pieces were then plated with either rhodium or gold. Finally, each rhinestone was glued into place by hand. With a reputation for very high quality, Jewels by Bogoff guaranteed every piece for life. 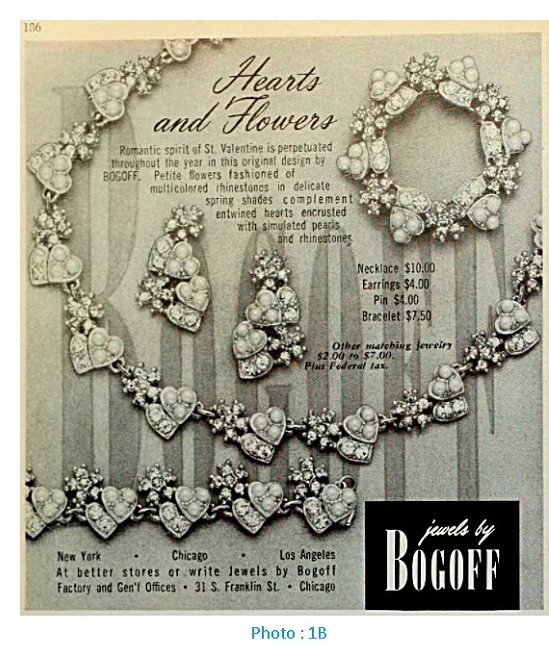 Yvette was one of the first women to head a major sales organization. With the end of World War II and the country’s almost insatiable demand for luxury consumer goods. As a result Jewels by Bogoff prospered. In addition to the factory showroom at 31 South Franklin Street in Chicago. The firm also had showrooms in Los Angeles and on Fifth Avenue in New York. By the early 50’s there were more than 200 employees working hard to keep up with orders. Supplying major retailers including Sears, J.C. Penney, Saks Fifth Avenue, Carsons, Hudsons, as well as Zales. Jewels by Bogoff was a regular advertiser in the leading fashion magazines of the time. Including Harper’s, Vogue, and many others. To become the country’s third largest costume jewelry manufacturer after Trifari and Coro.

Insight into the Bogoff Family 8

The Bogoff’s resided in Highland Park on the North Shore of Lake Michigan. Yvette continued to work full time in the business until the birth of their third child. Yvette was an active member of the community and they were both very supportive of philanthropic and service organizations. Particularly those having to do with the State of Israel and the plight of Jews after the war. Henry was very handsome in addition to being quite charming, he always loved to tell a good story. An avid fisherman, Henry spent much of his spare away from the business at their rustic fishing lodge in Wisconsin. He also loved gardening, and time spent in his vegetable patch was a welcome relief from daily business pressures .

Jewels by Bogoff prospered until Henry’s untimely death in 1958. After which Yvette tried to keep the business going. First in Chicago and then in New York. Yet changing consumer tastes and the loss of Henry’ lead to the closing of the business in the early 60’s. 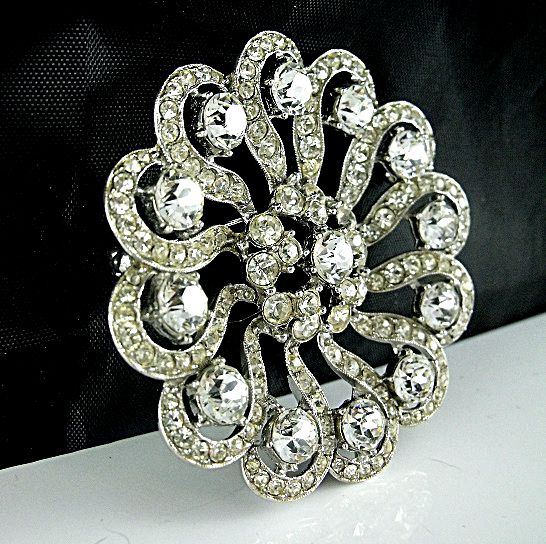