The  Costume Necklace has seen many changes since the 1920’s. From the waist length Flapper to the throat tight Choker and various lengths in between.

Worn by both men and women, the necklace is one of the earliest forms of jewelry. Worn to represent wealth, power and affiliation throughout the years. Also occasionally worn to protect against evil spirits or to display religious beliefs.

Necklace styles have followed the neckline through history for the most part. With more elaborate designs worn as women’s necklines dropped. While with high necklines most often simple long chains or beads are the style.

The Vintage Costume Necklace Through the Years.

The 1930’s brought the Depression, and along with it the sparkling rhinestone. The 30’s were the decade of glitz, with sparkling clear rhinestones set into silver tones.

While the 1940’s brought color and patriotic themes. The world was at war and young men were leaving sweethearts to fight. As a result the sweetheart locket was extremely popular in the 40’s.

The 1950’s were a decade of resurgence, yellow gold became popular again after nearly sixty years and multiple strands of pearls became the perfect complement to the little black dress.

Then came the 60’s and 70’s. Everything was about the youth movement with bold designs and colors. Along with the rise of Flower Power and the Hippie culture. 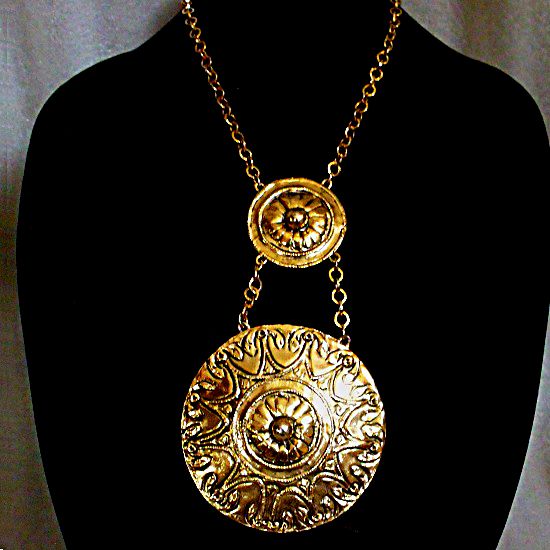 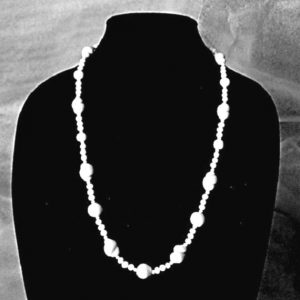