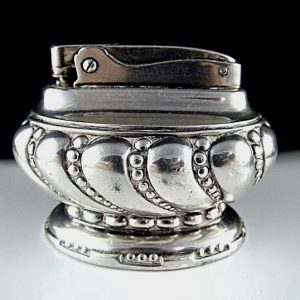 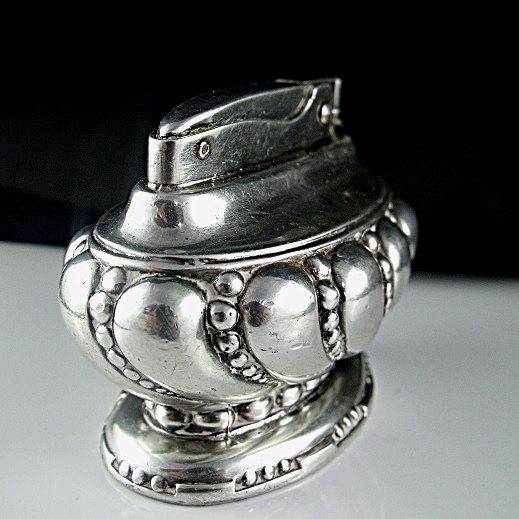 A Ronson Crown Table Lighter. Produced from 1949 to 1954. A Silver Plated Lighter with a second generation flat top snuffer.

A Ronson Crown Table Lighter. Produced from 1949 to 1954. A Silver Plated Lighter with a second generation flat top snuffer.

Actually produced from 1936 into the 1960’s. There was 3 models of the Crown..The first Crown Lighter, from 1936 to 1948 had a rounded snuffer cap. The Flat Top of the model for sale here is the second generation..

While the Crown was a popular Table Lighter. Production was stopped in 1954, Only to be reintroduced in 1959. Redesigned as the Ronson Varaflame Crown, a butane model.

Due to the popularity of the Crown this light is fairly common, Yet finding working models are becoming increasingly difficult.

This Ronson Crown Table Lighter is in good vintage condition. While the lighter is in need of cleaning. It is in working condition. With a new wick, and flint tube inspected and cleaned. Although the felt bottom is missing.

I have removed the flint for storage as recommended, but will include a pack of flint with purchase. Without lighter fluid, for shipping purposes.