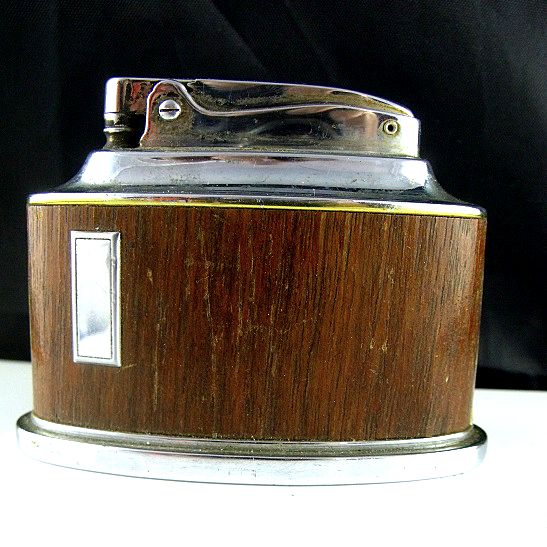 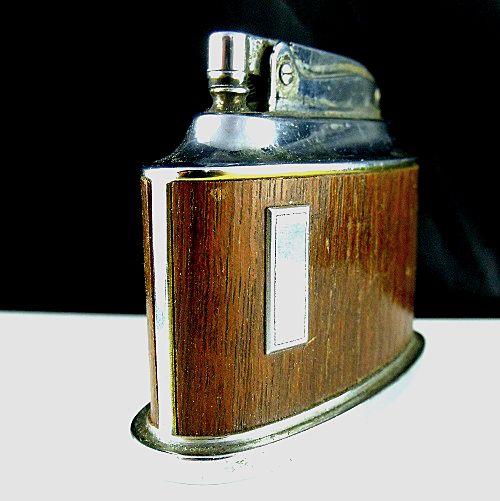 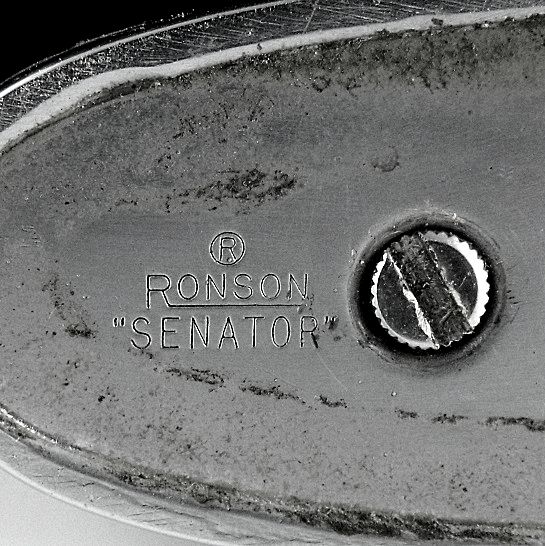 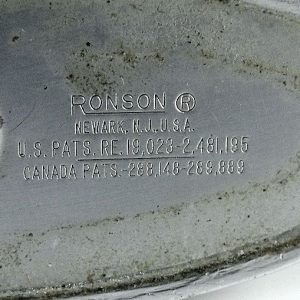 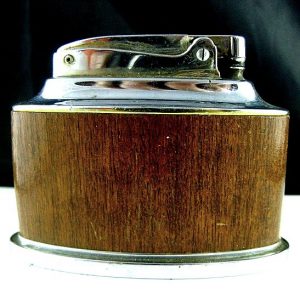 A Ronson Senator Table Lighter. With stately Mahogany veneer and Chrome finish. Produced from 1950 into 1954, this lighter is becoming uncommon.

A Ronson Senator Table Lighter. With stately Mahogany veneer and Chrome finish. Produced from 1950 into 1954, this lighter is becoming uncommon. While a sterling silver model with a rose motive, from Briton is extremely rare.

First introduced in pigskin and alligator finishes. The Senator enjoyed immediate popularity from corporate offices in 1950. As a result the Mahogany veneer was issued one year later.

Ronson again expanded the line in 1952. As Walnut and bright wood veneers were also added.

This Ronson Senator Table Lighter is in very good vintage condition. While the lighter is in need of cleaning. It is in working condition. With a new wick, and flint tube inspected and cleaned.

I have removed the flint for storage as recommended, but will include a pack of flint with purchase. Without lighter fluid, for shipping purposes.